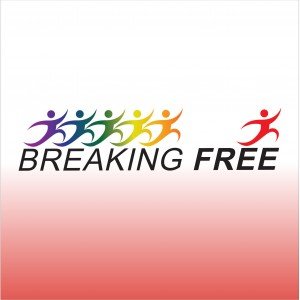 Award winning director and activist SridharRangayan launches crowd funding for his documentary film on July 2nd,coinciding with the anniversary of decriminalization of homosexuality.

“This film has to be made, and it has tobe made NOW”, urges Sridhar Rangayan, activist and filmmaker,who tells this story of the Indian LGBT community breaking free.

BREAKING FREE is afeature-length documentary that strings together anguished voices of those whowere tortured, blackmailed and indicted by the draconian law Section 377 thatcriminalized homosexuality in India till recently. It also includes interviews withadvocates, activists and opinion builders who have fought a decade-long battleto have this law read down. The film captures a community in indignation, asociety in transition, and a country on the verge of historic changes.

“It is a film about the law, about us, our struggle to break free”, says Sridhar Rangayan who has been shooting for this film for the past five years, “We need your help and support – be a part of the film, be a part of the movement – contribute and spread the word” urges Rangayan.

‘Breaking Free’ is a film about people who created a movement, a movement that has created history. Stringing together voices of people who were brutalized under a homophobic law, and those who fought against all odds for their freedom, it recreates the untold story of the queer rights movement in India and our struggle for justice.

But what will this new freedom mean to the LGBTQ community that is embedded within a larger civil society, a society that is caught between old social mores and a globalized outlook of a shrinking world.

This is the first ever film that examines in detail the course of Section 377, a law that criminalized homosexuality in India, till July 2nd 2009.

Kokila, a eunuch gang-raped by goons, but was refused justice and brutalized by the police, Urmi and Gauri, transgenders who are regularly arrested and threatened; a gay man who was arrested, raped and beaten up; Pottai, a eunuch from South India, who committed suicide due to harassment and torture – these are some of the cases that have been filed. Many more are buried – everyday, across India.

The film also hopes to interview eminent social activists and opinion builders, lawyers and chief justice who passed the 2009 verdict along with those that have constantly opposed decriminalization of homosexuality.

Through verité footage, short reconstructions, news clips and interviews with men and women who were accused (often without adequate proof), as well as interviews with several lawyers, activists and people from the closeted Indian LGBT community who are fighting to have this law repealed, the film drives home a poignant tale. It is a disturbing portrait a community that has been denied their freedom and dignity. “We believe that a story has the power to catalyze change and we envision ‘Breaking Free’ as a tool for advocacy – to spread greater awareness about the law and the history of the legal battle; to underline the opinions of civil society and policy makers; and to spotlight the struggle of the LGBTQ community”, says Saagar Gupta, partner in Solaris Pictures, the production company which has till now self-funded the film.

“The film comes at a crucial moment, in our struggle for justice and equality, when the verdict is being challenged in the Supreme Court and religious fanatics and moral policemen are shouting that it will open the floodgates of immorality and destroy India’s cultural fabric”, Rangayan adds.

70% of the film has been extensively shot over five years in Mumbai, Bangalore and New Delhi. 30% of the shooting is yet to be done in August / September and post-production in October / November 2012. 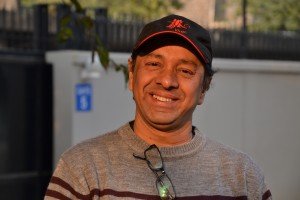 The untold story of LGBTQ movement in India needs to be voiced out, now more than ever when the decriminalization proceedings are being challenged at the higher court.

“Though the subject matter is controversial, without sloganeering or jingoism, the film attempts to present a pluralistic point of view without compromising on the personal and emotional stories of the LGBTQ community” says Rangayan

The film is now raising funds through the online platform Wishberry. There are incentives for contributors, like film credits, DVDs and invite to Premiere of the film.

To contribute to this film, please visit http://www.wishberry.in/Breaking– Free-13618