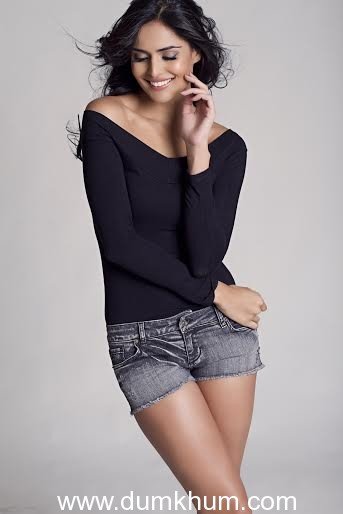 Model and actor Nathalia Kaur faced the axe, as she became the next Khiladi to leave the show this week. From battling with snakes to a thousand Madagascar roaches, from free falling atop buildings to hanging off choppers, Nathalia has overcome more dangers than she might have imagined before signing up for the show.

Fighting through her fears and winning every stunt, Nathalia came a long way until she reached an impasse where she faced treacherous Black Scorpions. Being unable to set a bar high enough for her competitors in the elimination stunt, Nathalia was trounced by Sagarika Ghatge, Chang and Iqbal Khan. Nathalia had a gleeful journey over the course of the show, finding strong bonds of friendship in the gang of Khiladis and also a Hindi tutor in Rakesh, who took it upon himself to teach the dusky Brazilian beauty a teeny bit of the Hindi language. Surviving and completing 12 stunts that were as arduous as the 12 Labors of Hercules, Nathalia proved herself to be one of the strongest girls amongst this season’s khiladis.

Talking about her elimination, Nathalia commented, “I have had one of the most beautiful experiences of my life during the shoot of the show. It was something I really wanted to do all my life. I met beautiful people, some of them who I will always admire and carry in my heart, some of them who turned out to be amazing friends. Khatron Ke Khiladi challenged me from head to toe, emotionally, physically and intellectually. Getting to do all those thrilling stunts I always wanted to, deal with my fears and phobias like the one I had for snakes. It helped me to see that having fears doesn’t make a coward out of you, but makes you human, and fighting them makes you a brave one. It was a once in a life time experience which I will always carry with me, as a reminder that, Life is much more than our daily issues.”

As the fallen Khiladis continue to depart and new surprises arrive just like challenger Salman Yusuff Khan, the show gets more and more absorbing with each one of them fighting to stay afloat. Watch Rohit Shetty push them to their limits and tame their fear on Khatron Ke Khiladi – Darr Ka Blockbuster Returns, every weekend at 9 PM, only on COLORS!