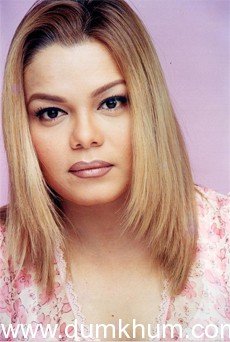 Nandita Singgha, Founder and Managing Director of Total presentation devices limited is the first and only company to be ISO  certified for quality services in the entire film making process ISO 9000 is a series of standards, developed and published by the International Organization for standardization (ISO), that define, establish, and maintain an effective quality assurance system for manufacturing and service industries. The standards are available through national standard bodies. ISO 9000 deals with the fundamentals of quality management systems, including the eight management principles upon which the family of standards is based. ISO 9001 deals with the requirements that organizations wishing to meet the standard must fulfill.

ISO 9000 guidelines will provide a comprehensive model for quality management systems that will make the film making process more competitive in the global market and create a quality norm  to remain part of a supply base, better documentation, continuous improvement for overall  cost benefits, improved involvement and communication with management.

Each one of the team members are trained to maintain all quality norms , maintain proper documents, checking of mass equipment before shoot, character analysis  combined with role analysis given to all the actors along with storyboard sketch.

Safety EHS  and insurance will be taken care for each team member along with medical kit, every team member is given no. since they are insured for the entire shoot. All raw material till post production to final mixing and release of movie undergoes weekly meeting with clear agenda in order to avoid any conflict of interest, company lawyer is always involved and has to attend to any dispute if arrived

Implementing ISO standards will bring more qualitative cinema. It is for the over all growth of the production house’s vision on a global platform.One needs to compete with ourselves first, upgrade ourselves, push the productivity within us, only then will one be able to create a place in the global cinema market.

Nandita Singgha, Founder and Managing Director of Total presentation devices limited feels that more knowledge means more efficiency and at the end of the day they want to showcase good quality film to the audience. Many international and Indian  artists have appreciated the fact and shown their support for their forthcoming projects. They are also proud of the fact that a Indian women of third world country has a vision matching to the best of American corporate practices. She has proved herself in the field of technology and this is just a extension of the same mission in a larger prospective.She has seen to it that all team members undergo ISO  certification and training for their overall growth. 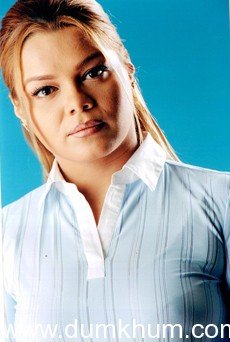 About Nandita Singgha
People talk about the Mary Kom biopic movie on release, a woman who won bronze medal in Olympics. At the same time Nandita Singgha, a know face  in the corporate world, is a  dynamic personality who never shied away from taking challenges head on. She has been a front runner in scripting Total presentation devices limited’s success on an international platform . The similarity between both of them is that  they both are women achievers, Mary Com’s success gave a boost to the Indian female boxing sports. Similarly Nandita Singgha inspired the entire north eastern region of India , seven sister state to come out of their shell and join the IT INDUSTRY pan India in the last 10 years. She has successfully authored publications in marketing, selling and negotiation skills.

She has guided and made the youth believe that its them who make a difference and the government just does the administration part. Ten years ago there was hardly anybody from north eastern region in technology. Many of them shied away and felt neglected. She bought confidence in them by visiting various states and addressing various youth associations to remove unemployment in that region.

She firmly believes that unemployment is more mental than physical. First engage your mind in a productive manner, only then can you look forward for opportunities. She motivated them and now you find them everywhere whether it’s a call center or R&D center.

Many directors have approached her to write a biopic about herself but she shied away saying there is lots to do and that her journey has just started. She wants to remain a common person, so that she can create more solutions for common man itself.

Nandita has been the president of youth association of the seven sister state, north east. From 2001 till date there has been more than 12 crore youths who have been employed from this region in technology and research and development. This was achieved without government support.
She has directed nearly 400 ads along with digital content sharing from 2003 onwards and have also funded many movies and serials.