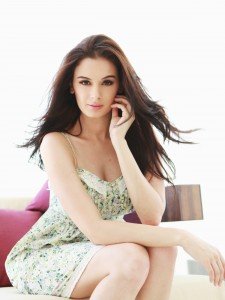 No wonder, fashion hotspace Style Me India has chosen this half-Indian half-German model-turned-actress among ‘the best dressed celebs’ who sashayed at parties last week.

A thoughtful choice indeed; considering Evelyn not only turned heads at various fashion and corporate events, but also shared the stage with the ladies man Akshay Kumar at the music launch of her debut film From Sydney With Love (FSWL).

Shaking up the fashion world off late, Evelyn stole the show when she wore a stunning pink dress with an adorable hairdo at the Blackberry Prosche event, followed by a gorgeous black KhushiZ gown at the FSWL music launch; fabulously matching up to Akshay Kumar’s black suit. 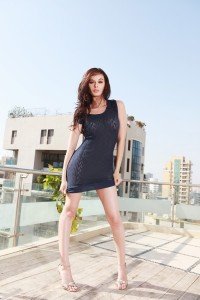 To add to this, the beauty was spotted rocking the fashionista styles with a very graphic Nishhk (Nishka Lulla) skirt, paired with a sexy ruffled blouse at the Nokia App Tasting event in Tote.

And as if all this hi-glam show wasn’t enough, the stunner blew more minds away at the launch event of the Ellipsis restaurant hosted by designer Arjun Khanna. Donning a simple FCUK red dress with cherry red lips, Evelyn turned out to be one of the few to dare the 1920s theme of the party! 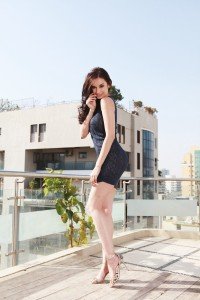