~ Suzuki Gixxer rides away with the ‘Bike of the Year’ Award 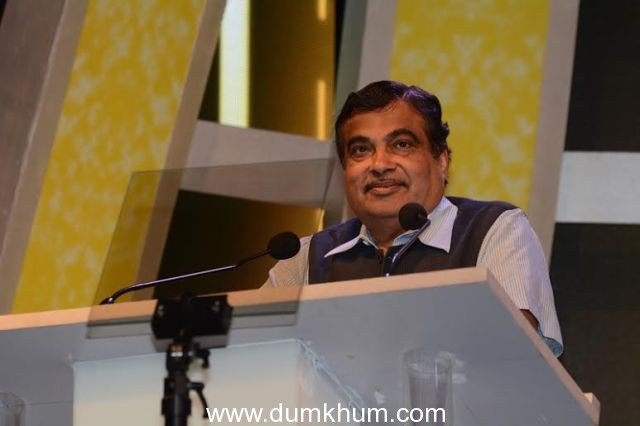 The awards based on the theme “Recognizing the evolving needs of the fast-paced Indian”; saw a fierce competition amongst the most reputed names in the auto sector. A total of 24 awards were given away across two and four wheeler segments. The Bloomberg TV India Autocar India Awards 2015 was presented by Reliance General Insurance. All the winners on stage

Mr. Lavneesh Gupta, COO – Bloomberg TV India while speaking about the Awards said, “The Indian Auto Industry, which has always been the economy’s growth dynamo, is once again revving up. This acceleration in growth holds the promise of “Achhe Din” for the manufacturing sector and millions of youth seeking quality jobs. As a business news channel that gives in-depth understanding of various industries, it is about walking that extra mile to give the viewer an unbiased understanding of various industries including the Indian Automotive sector, which has contributed enormously to the country’s economy over the last decade. We at Bloomberg TV India are proud of our association with the Autocar India team that helps us build and maintain a close relationship with the sector and celebrate its success.”

The Bloomberg TV India Autocar India Awards sets the standard for the Automotive Industry and honors the best-in class vehicles launched by the industry over the last one year. The winners were selected by an eminent jury on the basis of extensive & grueling track tests and a detailed methodology validated by knowledge support partner, PricewaterhouseCooper. Mr. Hormazd Sorabjee, Editor – Autocar India, speaking at the award ceremony, said, “I am glad that over the last seven years, the Bloomberg TV India Autocar India Awards have grown in stature, popularity and prominence. The Awards has always been a celebration of the best products of the year across the automobile industry. Today the Indian customer has the choice of the best cars, bikes and SUVs in the world equipped with advanced technology, which improves the performance and efficiency of vehicles. It’s hard to find sub-standard vehicles these days and that makes the competition even tougher for us to judge.” Speaking on the occasion, Mr. Rakesh Jain, CEO, Reliance General Insurance, said,” Bloomberg TV India Autocar India Awards 2015 is a prestigious forum to recognize the best in the Auto Industry and we would like to congratulate all the winners. These Awards are the most coveted awards in the Indian Auto industry. We are proud of our association with Bloomberg TV India Autocar India Awards 2015 and appreciate the opportunity provided to promote our cause of safety awareness amongst the customers and the Industry.​”

This year at the awards, Bloomberg TV India felicitated best performing women officers from the Mumbai Police Traffic Department, as a commemoration of their contribution to the city. This special tribute was given in recognition of their outstanding service and contribution to the society. The Mumbai Police Traffic Department, as part of their special initiative for women empowerment, encourages women to join the force. Bloomberg TV India extended its support for this initiative by way of this felicitation.

Bloomberg TV India, nation’s leading English business news channel with unique access to newsmakers and research-based data, illuminates stories that affect companies and industries. Bloomberg TV India provides immediate perspective on critical business news as it happens, from where it happens. Backed by an enviable squad of Indian journalists, global network of 150 bureaus and 2500 professionals, we deliver the most credible insights to our viewers.