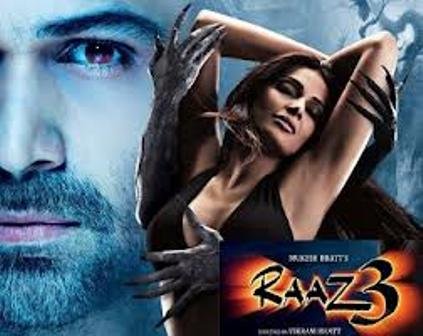 Leave it to Bollywood diva Bipasha Basu to dare to go where very few have –While her recent risqué Raaz 3 poster seems to have raised several eyebrows, the actress who shot for the bold campaign minus a body double unapologetically decided to go all out for the poster that has caught everyone’s attention.

Insiders reveal that despite having a bold subject, the producers had their reservations about approaching Bipasha for the shoot given its controversial nature and has considered using a body double and later morphing the actress’ face onto the model’s body .However, Bipasha insisted on shooting for it herself ,impressing the entire unit with her professionalism.

Confirms Bipasha Basu “When I learnt about the concept, I decided to do it. I had no qualms. It’s my movie and I should be shooting for the poster. I understand that it was required to show the film’s theme in the right light. I have always been comfortable in my skin and never been conscious of my body. It was the right decision.”