FITNESS FEVER ENGULFS MUMBAI AS BODYPOWER EXPO BRINGS THE BEST OF SPORT, FITNESS AND NUTRITION TILL THE 10TH JANUARY 2016

India’s premiere health and fitness brand ‘BodyPower’ has flagged off the 3rd edition of BodyPower Expo today. The Expo which will end on the 10th of January will see some of the most esteemed health and fitness brand participate with a whole lot of vigor. Considered to be Asia’s largest sport, fitness and nutrition exhibition, the expo is expected to attract over 30,000 visitors. 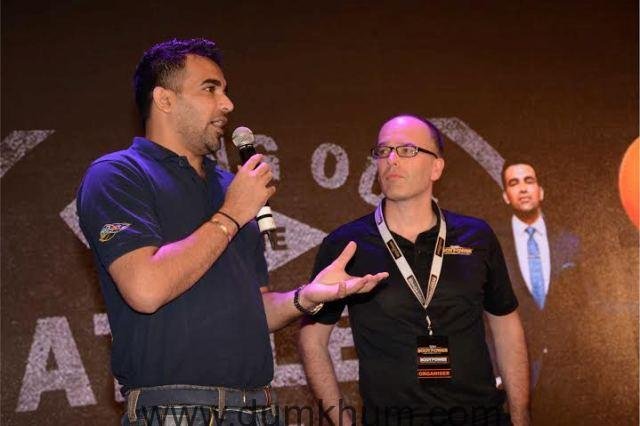 BodyPower Expo as a show strives to redefine the positivity associated with health and fitness in India. In a country where the importance related to health and nutrition has dawned very recently, the Expo will only bolster the spirit of the people who are inclined to the concept of ‘fitness for well – being.’ The trade show will involve some globally renowned athletes and brands that will open up sales and networking opportunities. Five times Olympia winner, Phil Heath enthralled visitors with his enigmatic presence as he posed with each of them. The first day also entailed other sessions such as ‘The New Era of Aesthetix’ by Bodybuilding marvels such as Tom Coleman, Jaco De Bruyn & Sergi Constance, ‘Becoming a Swoldier’ by celebrated athlete Steve Cook, First of its kind ‘The gentle Giant: Live Workout’ by John Lucas, ‘Evolutional Challenges’ by Ricardo Corriea and ‘Folk Fitness: A Holistic Approach to Fitness’ by Aarti Pandey. Bodybuilding stars like Cedric McMillan and Zsuzanna Toldi also curated an interactive parley on ‘Competitions: Do You Think You Are Strong Enough’. India’s first figure athlete Deepika Chowdhury deconstructed all myths on health supplements by giving an insight into all the elements that go into it. 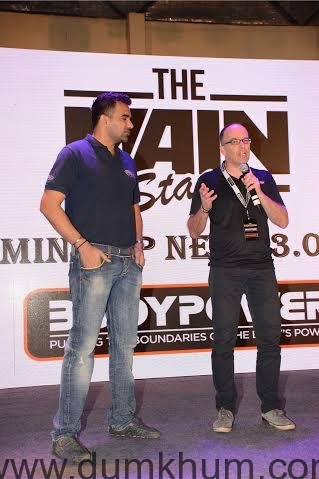 Swing maestro Zaheer Khan spearheaded an inspiring session on bringing out the athlete in you as he also catered to questions from fans. A Zumba flash mob led by Sucheta Pal, India’s celebrity Zumba instructor, captivated the attendees with their revelry and their highly energetic dance moves. The day also saw a never ending inflow of guests who found it difficult to suppress their excitement on having met the athletes and sport aficionados.

The second day is scheduled to unfurl a spirited WFF Universe Championships’ titular Mr. Universe 2014, Von Moger Calum von Moger delve into the depths of winning a competition and address the hurdles associated with the same. The third day in all its glory will witness a rendezvous with one of India’s brave-hearted and inspiring Sham Singh Shera, a polio stricken bodybuilder to have won Gold Medal in IFBB World amateur 2015 at San Salvador, USA along with several other laurels, curate an inspirational guest pose on knocking out obstacles in bodybuilding thus boosting the morale of youngsters aspiring to pursue the sport. 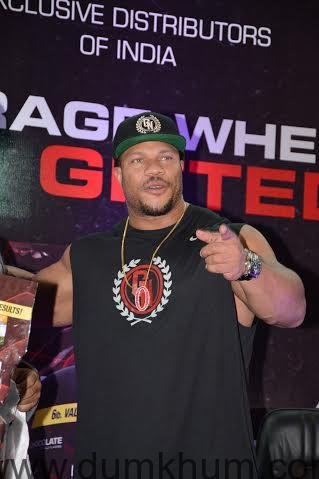 Commenting on the Expo, Nick Orton, CEO, BodyPower says, “We are very delighted to be hosting the third edition of BodyPower Expo this year. This is our earnest effort to put fitness enthusiasts directly in touch with fitness experts. Health and Fitness is fairly gaining significance in India and we have also seen some world class talent emerging out of the country. We strive to be the driving force behind this new wave of change associated with sports, well – being and nutrition. Also, with some of the biggest Bollywood celebrities supporting the Expo, we only hope it keeps getting bigger from here”

The show will involve a slate of universally acclaimed names like Sangram Chougule, Dexter Jackson, Pawan Shetty among others. Bollywood bigwigs are also expected to add a twist of glamour to this power packed Sports, Health and Fitness Expo of 2016.

Bodypower India is Asia’s Largest Health and Fitness Expo and it will attract around 30,000 visitors in 2016!! Offering Bigger and Better Business, through partnerships and media of millions of consumers worldwide.

Taking place annually in January (8-10th2016) at the BEC, Mumbai,the show offers unrivalled opportunities for brands to gain exposure to thousands of health and fitness conscious individuals. With a large number of visitors from the industry, it really is, a perfect opportunity to deal directly with a retailer, gym manager, group buyer, health centre, Practitioner, PT and distributers.