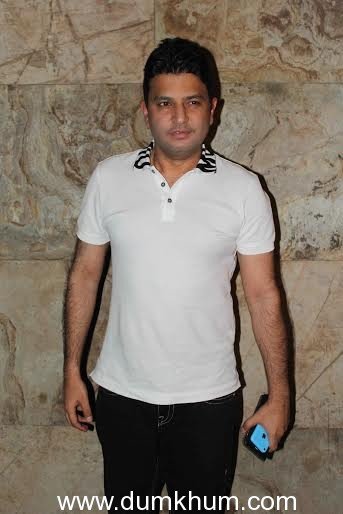 Bhushan Kumar and Anubhav Sinha, who made their debut as director and producer with `Tum Bin’, will take the franchise forward 14 years later

In 2001, Bhushan Kumar entered the film making industry as a full fledged producer along with Anubhav Sinha with Tum Bin with a fresh star cast and crew in Canada. 14 years later in 2015, the duo have joined hands together again for Tum Bin 2. , the director – producer duo is reuniting for the next installment in the franchise, which will kick start in Europe in January.

Bhushan Kumar who was quite keen on taking Tum Bin as a brand forward gave a final ultimatum to Anubhav to get a script in place, as told by the director himself. Anubhav will be back on a film set after a sabbatical of a year and a half. His last release was Gulaab Gang, which was his production. Before that he had directed the Shah Rukh Khan starrer, Ra.One, in 2011. But Anubhav himself was very keen on making Tum Bin 2 that he has finally got his script in place and now the team will start auditioning for the cast which will have two heroes and one leading lady. If the film plan goes as discussed, they expect to wrap by mid-2016.