After creating history at the box office with his very first Hindi film ‘Bheja Fry’, writer- director Sagar Ballary is now entering into Marathi film industry albeit in a different role. Sagar, under his own banner ‘Flower Film Family’ has produced his first Marathi film ‘Bhatukali’. Bhatukali is a popular game of children in Maharashtra in which children assume role of elders in the house and carry out all the functions in exactly the same manner as that of their elders. They create their own family, own house, own relationships. The film tells the story of one such man who is immensely successful in his business, is surrounded by his family members who love him yet there is something amiss. There is some sort of a disconnect between him and his family. Nothing is as it seems. He has also written the film. The music has been composed by Jasraj, Saurabh and Hrishikesh while the beauty of the film has been captured by the man behind many award winning commercials Bijitesh De. Commenting upon his debut in the Marathi film industry, Sagar says, “There are only two kinds of films – good films and bad films. ‘Bhatukali’ was made keeping this in mind, not keeping in mind linguistic barriers and budgets. It is our company’s first film and we have ensured to give it nothing but the best within our capabilities.” Debutant writer-director Rohit Joshi says, “In today’s materialistic world, people have become more practical and emotions have taken backseat. I wanted to explore the world of one such person who has achieved everything, is surrounded by his family yet is very detached from it. It is a story of all of us, not just of that one person. 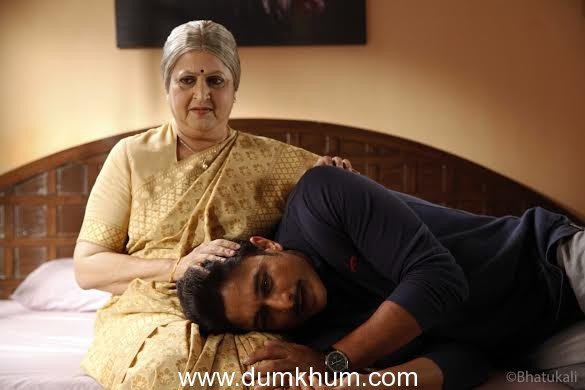 ‘Bhatukali has been produced under the banner of Flower Film Family Pvt Ltd. which is a joint venture between Sagar Ballary and Hemal Shah is slated to hit theatres on June 13th