Bhansali Productions all set for a roaring year ahead ! 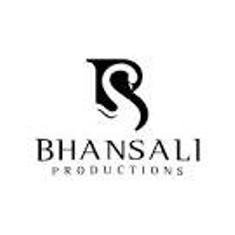 Creative maverick ,director/ producer Sanjay Leela Bhansali who was celebrated last year thanks to the unprecedented success of his magnum opus Ram Leela has an exciting year ahead with his production ventures under his home banner Bhansali Productions.

Mary Kom produced by Bhansali that marks the directorial debut of Omung Kumar starring Priyanka Chopra in and as Mary Kom will release 5thSeptember 2014 , followed by Gabbar starring Akshay Kumar which went on floors earlier this year and is scheduled to release in the first half of 2015.

Sanjay Leela Bhansali will then don the director’s hat for his ambitious next Bajirao Mastani starring Ranveer Singh , Deepika Padukone and Priyanka Chopra which will go on floors this October and is already the most sought after film of next year.

After the riveting success of Rowdy Rathore which roared at the B/O and entered the 100 crore club, Bhansali Productions will soon start work on Rowdy Rathore 2 which will roll by the mid of next year with Akshay Kumar toplining the cast .

Says a reliable trade analyst, “Director Sanjay Leela Bhansali turned producer in the year 1999 and has ever since put his money where his heart heart is, producing films under the Bhansali Productions banner that has over the years come to be synonymous with larger-than-life grandeur, stunning visuals and stories that have had audiences leaving the theaters with a tear and a smile.”

Says Sanjay Leela Bhansali, “I enjoy producing to an extent that it is the joy of creating .There are several films in the pipeline and we are also going to roll with Rowdy Rathore 2 shortly ,but its too soon to divulge details”.