An exciting bouquet of 12 Indian and International LGBT themed films that are some of the best films screened at KASHISH Mumbai International Queer Film Festival 2014
KASHISH Mumbai international Queer Film Festival, South Asia’s biggest and India’s only mainstream LGBT film fest, will travel to Baroda with some of its best films. The Best of KASHISH films screening takes place as part of the Gujarat LGBT  Pride Festival on November 29, 2014. “There have been numerous requests over the years for KASHISH to travel to other cities so that people across India can see the best of world LGBT cinema. ‘Best of KASHISH’ at Gujarat Pride is the first of our such initiatives. We are keen to take forward the message of love and dignity for LGBTQ persons through the medium of films”, said Sridhar Rangayan, festival director of KASHISH.
KASHISH Mumbai International Queer Film Festival is a member of Interpride which is an association of LGBT pride events around the world. Rangayan who is the Regional Director of Region 19 said at a presentation he made about KASHISH recently at the Interpride AGM in Pittsburgh, USA  “We would like to strengthen our collaborations and co-operation not only with pride events in other cities in India but also across underserved regions in South Asia ” The screening at Baroda includes an  exciting bouquet of 12 Indian and International LGBT themed films that are some of the best films screened at KASHISH Mumbai International Queer Film Festival 2014 in Mumbai.
Gujarat’s third and Baroda’s first LGBT pride festival is scheduled for November 29-30, 2014. The two-day festival is organized by the Gujarat LGBT Pride Festival (GLGBTPF), supported by Rangrez and aims to provide a platform for LGBT expression, spread awareness about the issue and demand equal rights. With the Baroda pride event, Gujarat has become the state to have maximum number of cities – three –  organizing prides, alongside West Bengal. Gujarat LGBT Pride Festival (GLGBTPF) is a brainchild of late LGBT rights activist of Gujarat Swagat M Shah, who died earlier this year.This year’s pride festival is dedicated to Swagat M Shah as a tribute. GLGBTPF is an open collective of individuals, networks and organizations, which  strives for greater understanding of the entire spectrum of human sexuality and aims to generate dialogue on diverse expressions of gender identity and sexual orientation. Rangrez is a youth group of Baroda which collaborates with other LGBT groups to organise events for LGBT community. 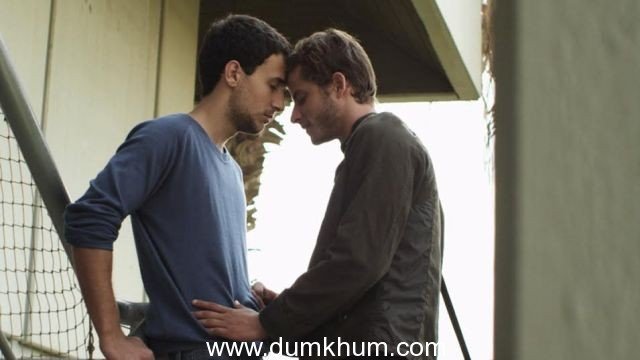 “Every time we go to a new part of Gujarat with our pride festival and this year we have selected Baroda. In just span of 1 year we have managed to cover 3 cities of Gujarat and many more on the target. There was a time when people said, ‘you can  never have prides in Gujarat’, and we’ve proved them wrong by doing 3 prides in a year. I feel this growth is phenomenonal. Art is one of the best forms to deliver your cause, so we are bringing two new events ‘BEST OF KASHISH’ and ‘RAABTA’ in Gujarat,” said Nakshatra Bagwe, one of the organisers.