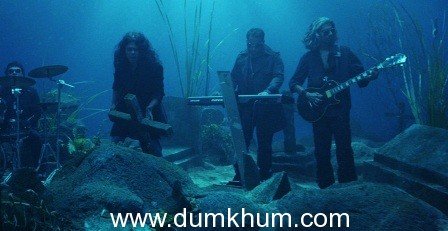 The makers of ‘Warning 3D’ have released a new song from the film. Sung by the legendary James &
solo voice by Aditi Paul, ‘Bebasi’ reflects the helpless situation in which the characters of the film are stuck. The visuals of the song gives viewers a small glimpse into what India’s first 3D underwater film has in store for them!