Move over Netflix and Amazon Prime Video. Balaji Telefilms’ and Ekta Kapoor’s new digital entertainment app, ALTBalaji is taking aim at the biggest players in the digital streaming market. With an original content developed web series exclusively for the 300 million smart phone users in India, the app is all set to dethrone their competitors. After dominating and being the queen of Indian television, and even successful films, Ekta Kapoor’s latest venture aims to capture the attention of the non-english speaking masses of the country as well.

With around 250 hours of original programming planned for the coming year, ALTBalaji will enter the market with an advantage. Consider that Netflix, in comparison, produced 600 hours of original content globally in 2016. Moreover despite an extensive expand of films and television shows, Amazon and Netflix have to yet deliver on their promise of producing India-specific content, much of which is yet under development. Even the local competition like Hotstar is merely just an extension of the television shows without any web specific and original content. ALTBalaji on the other hand will debut with six new shows, five in Hindi and one in Tamil, all original content and all web specific. Each show will run for 10 episodes with an average time of 20 minutes each. Shows in other Indian languages are to expected to start on the app in the forthcoming months. In totality, 32 shows will be produced over the next 1 year and a new show will debut on the ALTBalaji app every fortnight. 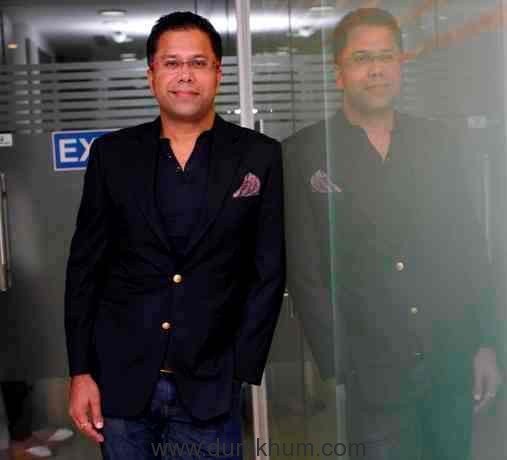 “There’s a key difference between a web series and a show” says Manav Sethi, Chief Marketing Officer at ALTBalaji. “We’re producing strong, character based, broadcast quality dramas.” says Sethi, stressing on the mere fact that the quality of their productions is not easily found in web series shows. What’s more, ALTBalaji has also invested in top level directors such as Nagesh Kukunoor and actors like Nimrat Kaur, Sakshi Tanwar and Ram Kapoor. According to the CMO Balaji’s expertise and niche in producing television shows helped insurmountably in producing the web series shows cost-effectively. “India does not really have a studio culture like the U.S. So our past experience gives us a kind of template that helps us develop, say, 30 minutes of content at a certain price. This gives us an inherent competitive advantage.” he says. “In addition, Ekta undeniably knows the pulse of the audience. This is something that cannot be executed or conceptualised by someone sitting in Seattle for instance.” Inspite of the quality of the web series being of the highest level and of broadcast quality, Sethi affirms that the shows of the ALTBalaji app will not be aired on TV. On the other hand, they will remain ensconced within the app itself wherein 5 episodes of each show will be free of cost to view on the ad-free platform post which the remaining episodes can be watched after purchasing a subscription. Netflix’ monthly subscription amounts to Rs 500/- where as Amazon Prime Video comes with a free subscription at Rs 499/- a year. ALTBalaji on the other hand is pricing their platform well below their competitors and will offer its content at Rs 100/- for a month, Rs 180/- for six months or Rs 300/- for an entire year. Sethi states that the content of the shows on the app are not suitable for a television audience in anyway. “With these shows, we are targeting a young audience: the 18 to 35 year olds. For them we have created a new, snackable format,” he says. They are targeting the audience whom according to him are no longer under the control of the television, are constantly on the move and own smartphones on which they intermittently and often consume content. Unprecedented in Indian household where multiple television sets are not often found, ALTBalaji is a unique venture to reach a viewer one-on-one. Not only can the subscribers chose what kind of show they would like to see, they can also do it as and when they please. Most importantly, and something we always lack in the typical Indian household, is that they can see it in complete privacy. This made ALTBalaji able to re-think the nature of the content they develop and to chart untested wasters. For instance, Romil and Jugal, an upcoming show on the platform explores same-sex love. “In a family setting, it was often difficult to explore such themes, because the sensibility of the entire household had to be considered. I wouldn’t call it daring. But this is in tune with social and cultural evolution. And you have to be on the right side of it.” says CMO Sethi.

He also points out that media consumption in English in India is very niche. “Did you know that of YouTube’s 180 million subscribers in India, over 67% watched Hindi content? English content, on the other hand, accunted for only 7-8%,” he says. With ALTBalaji, he aims to target the 200 million who desire original content in regional languages.

Balaji Telefilms foray into original shows on digital platforms, ALT Digital Media Entertainment Limited is a wholly owned subsidiary of Balaji Telefilms Ltd. A multi-device Video On Demand Platform, ALTBalaji gives audiences the content they want to watch – whenever, wherever and however. ALTBalaji’s offerings include premium, disruptive content and original series across genres. With originality, courage and relentlessness at its core, ALTBalaji’s content stands out for being avant-garde, non-conformist, inclusive and effervescent. ALTBalaji is here to set new standards and benchmarks in giving digitally connected contemporary audiences an alternate content platform.