Young actresses of b-town are going the extra mile to give their characters authenticity and the required edge. While it was always the hero of the film who was seen playing macho roles, the heroines are not be left behind. Shraddha Kapoor rode a Bullet in Ek Villain. She took bike riding lessons as she wanted the scene to look believable. 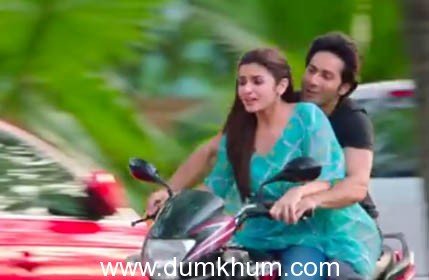 Alia Bhatt had a small scene in the film Humpty Sharma Ki Dulhania on a bike. She is seen on the bike with Varun Dhawan, who is teaching her to ride a pillion. Parineeti Chopra rode a bike in her last release Kill Dil. The actress who was seen in a different avatar in the film, went all the way with her bold character and took Ranveer Singh for a ride. In the past, senior actors like Katrina Kaif, Anushka Sharma and Kareena Kapoor too have been seen riding bikes.