Produced by Mahesh Pandey Productions, Lovepantii will air at 8 PM, every Monday to Saturday, only on Azaad.

The promos are the talk of the town for their uniqueness and interesting character portrayals.  The name is even more captivating – Lovepantii. And, it’s on the newest channel on the block, India’s First Hindi Rural Entertainment Channel, Azaad.

Launching on 15th November 2021 at 8 PM, Lovepantii, is slated to be one the most entertaining youth-centric drama on Indian television.

The lead character, Arjun has been taught to live within parameters set by his father. Even his dreams have been tailored by his parents and he has accepted his life accordingly. The story of Lovepantii is about how this common boy rises to the occasion when he gets an idea that he is in love. Raised in a conformist Brahmin family, he falls in love with Ranjana, a progressive minded girl from a Thakur family. Expected to follow in his father’s footsteps of becoming a practicing temple priest i.e., ‘Pandit’. Arjun has diligently followed all rules set by his family.

But he only ends up breaking the biggest rule of them all; he gets an idea that he is in love and marry a girl of his choice, that too a girl from a Thakur family. Their ‘so called’ love affair comes out in the open in a dramatic turn of events.

Presenting the cast of the show that will surely have audiences hooked to the storyline. Gaurav actually belongs to Amritsar, Punjab. His best work includes Radhe in show ‘Krishna Chali London’. As Arjun Pandey, he is a simple boy who loves his family more than himself. For him, nothing is more important than his family happiness. He always tries to stand on the parameters set by his family but always ends up making certain mistakes while doing the same. He is a dedicated person and whatever works he takes up; he ensures that he will complete the same. Arjun always gets things in life after a lot of struggles. But Arjun doesn’t want to give up in life. He is a man, who is rooted and has great faith in his religion. Ranjana is a today’s modern girl. She belongs to a very strong Family background & it can be seen through her confidence. Ranjana is a fearless girl & wants to live her life on his own principles. She never hurts anybody. Ranjana lives life king size. She is always happy, watching movies & one who whistles at the Hero’s entry. She doesn’t care about the world at all. For Ranjana, her happiness in life is very important. She is not selfish but she wants happiness and she doesn’t think anything is wrong in it. Despite being today’s modern girl, she is rooted and believes that her Tauji – Thakur Kedarnath Singh will be the best matchmaker for her and find her a suitable husband. Kedarnath Singh is the head of his family. He is the Paternal Uncle ‘Taauji’ of Ranjana and he adores her to no end. He is well educated, and has a very respected position in his town. He was the first engineer of his town, and ended up becoming the head of the administration department of the area. He has money, and a lot of respect because of his position. He is very well connected to the police, politicians and other rich people in the town. Everyone knows that Thakur Kedarnath Singh, portrays that he is an honest man, but the truth is, that he is corrupt and he not just takes money for everything, but he also offers favors to people. He is egotistical and cares only about his family and himself. He can go to any extent for his family. He is a man with a progressive mindset. He has educated the women in his family and given them freedom to live their lives; with the only condition that they are honest to him. Devi is the eldest lady in the house, and thus commands authority in the house. The house is managed by Devi. She is not very educated, and she comes from a lower economic family, and hence now enjoys the riches. She lets Kedarnath run her life too. She can stand up against anyone, but never against Kedarnath. She loves him and respects him for changing her life for the better, and hence has become a completely devoted mother. Even when Kedarnath decided to raise Ranjana, the daughter of Kedarnath’s younger brother, as his own, she could not refuse him. Devi is just concerned for her own daughter. She feels that Ranjana’s extrovert behavior should not rub off of on her daughter, Suman, hence, she wanted Suman to get married at the earliest. She loves Ranjana too, but subconsciously, Ranjana will always be Prakash and Sumitra’s daughter to her. He enacts the role of Deenanath Pandey, Arjun’s father. He is a hardworking man and has planned his entire life around his family. Deenanath Pandey, who is a Brahmin by birth, and understood very early in his life, that if he keeps his wants small in life, he would not have to suffer. He was prepared for everything that life could throw at him. He worked 2 jobs, one as a TC in the Indian Railways and also as a part time Pandit in his town. He is a very strong, level headed man, who commands respect of his peers and his family members alike. He does not interfere in the day-to-day workings of his house. He lets his wife

manage the home, and only gets involved when the situation requires it. He is a very rooted man, and not only follows traditions but imposes them. As the head of the Brahmin Samaaj in his town, he knows that if he does not follow their customs, the people around him will stop doing it as well, as they hold him as an example and he cannot let that happen. Sudha Pandey, is the typical housewife of a lower middle-class family. She is a loving mother, who cares about her children, but as a mother of 3 boys, from UP, she has a different way of showing her affection. She does not cradle her children, but scolds them and beats them up to keep in line; but she does all of that, in affection. Sudha is an uneducated woman, but she has learnt lessons in life which have made her smarter than many educated people. She knows when her children are trying to fool her, and she does not let that happen. She is totally in control of the house and knows that inside the house, her decision is final; even her husband will not go against her decisions. She never argues with her husband. She has devoted her life to her husband and her children and she wants them to be happy. She is a very religious and God-fearing woman. For her, her customs and traditions are above all else. She will not compromise on them, no matter what the situation might be.

Watch these amazingly refreshing characters on Lovepantii at 8 PM, every Monday to Saturday, on Azaad. The channel is available on Tata Sky 183, DD FreeDish Channel no 36 and is free on MX Player.

Beginnen Media was launched in October 2019 and is headquartered in Mumbai. Beginnen, as the name suggests, is the German word for ‘Commencement of Something New’. The Vision of the organization is to pioneer a ‘People Specific’ range of products and services. It aspires to create total consumer experiences by connecting with them through powerful stories tailor made for the rural mass and gradually be at every touchpoint that they are available at. The people centric philosophy that defines Beginnen Media is a set of guiding principles to build long lasting customer relationships.  Its Mission is to develop innovative, authentic, creative entertainment experiences and related multi-media products. Innovation is a strategic value at Beginnen Media and a fundamental part of its corporate culture. It believes in the power of collaboration and its core values include People Focus, Inclusion, Diversity, Empathy, Market Focus and Accessibility. 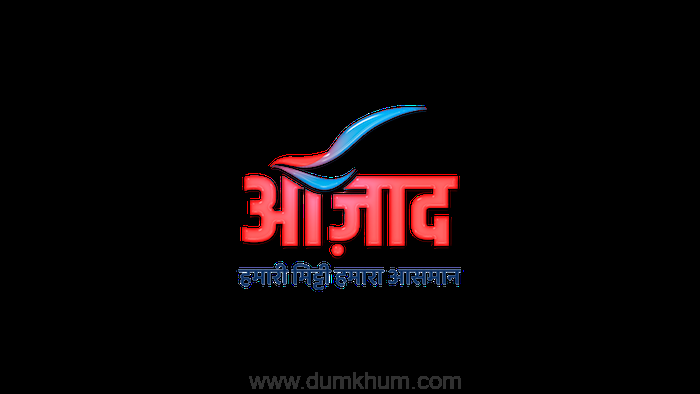 (DPOs) in the heartland markets from May 2021 with the premise of being ‘People First. Rural First’.  It features different genres of Drama, Action, Romance, as well as entertaining movies and Kids’ content. Azaad is available on DD Free Dish Channel No 36.