Australia is `Country in Focus’ at KASHISH 2015 KASHISH Mumbai International Queer Film Festival, South Asia’s biggest andIndia’s only mainstream LGBTQ film festival, raises a toast to Australia, its filmsand the bond between the two Commonwealth countries, at the 6th editionof the festival scheduled to be held between May 27 – 31, 2015. Australia will be the “Country In Focus” with KASHISH 2015 turning the spotlight on the country with a package of some iconic as well as cutting edge LGBT filmsfrom Down Under.

“The idea of a Country in Focus at KASHISH has been realized to its full potential this year with 22 Australian LGBTQ films as part of the package. From a 1994 film to a 2015 film, the diversity of films is sure to wow everyone with their thematic content and style of filmmaking. Our biggest triumph has been in bringing classics like Adventures of Priscilla, Queen of the Desert and Head On to a big screen showing at Liberty Cinema,’’ said Festival Director Sridhar Rangayan.

“We hope Indian LGBT cinema movement can move ahead with rapid strides, in terms of both quantity and quality, so that other festivals around the world would also consider an Indian Focus at their festival,’’ added Rangayan.

Australia is one of the most gay-friendly countries in the world and pollsshow that a majority of Australians support same-sex marriage Its film industry has similarly cut a trailblazing path, with iconic gay, lesbian and transgender films and characters, that have combated stereotypes and ensured dignity for LGBT persons. One of the key highlights of the Australian Focus is the participation of Prof.Dennis Altman, world- renowned author whose iconic eleven books explore sexuality, politics and their inter-relationship in Australia, the United States and globally, and define contemporary queer theories. Prof Altman will participate in a panel discussion at KASHISH 2015 titled “The Global Gayand Deconstructing the Queer Identity”, sponsored by La Trobe University.

`We in Australia are awed by the challenges facing queer people and the emergence of a strong and vibrant movement in India, and by pride, that our films are being highlighted this year at KASHISH,’’ said Dennis Altman, Professorial Fellow in Human Security, Institute for Human Security and Social Change, La Trobe University, Melbourne. “For almost a century films have been a vehicle for expressing hidden desires and feelings, a window into parts of the human experience that is denied by people claiming to speak in the name of religion, culture and tradition,’’ added Altman. 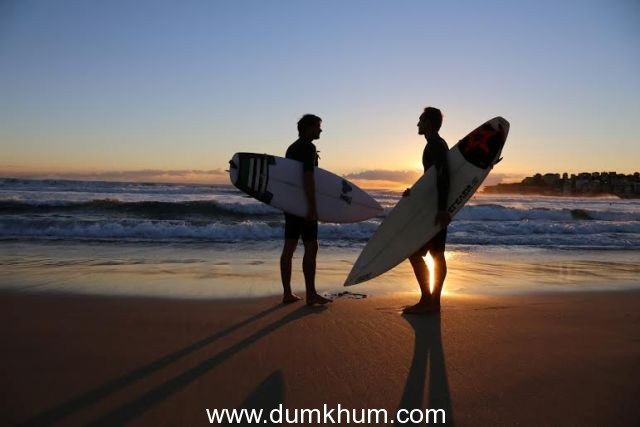 To acknowledge the contribution by the Australian film industry, KASHISH 2015 has curated a diverse bouquet of features, documentaries and short films from both contemporaryAustralian film makers as well as several cult Australian LGBTQ-themed films – a total of 22 films in all!

Surfing and sports form the backdrop in yet another film, a sweeping documentary OUT In The Line-Up, directed by Ian W. Thomson and produced by Thomas Castets who will be in attendance at the festival.

Two contemporary edgy narrative features Skin Deep by Jonnie Leahy, Monster Pies by Lee Galea are balanced by two dreamy romantic films Wish For Tomorrow by Pierre -Nicolas Panasci and The Dream Children by Robert Chuter, a sexy drama about marriage equality. Contrasting this is the short documentary Some Rainbows Never Grey by Peter Jacobsen. It talks to three older gay men from Melbourne who openly discuss why they chose to marry women in the 1960s. Another remarkable short documentary is It’s Who We Are where filmmakers David Muir & Kate Lefoe peep into the history of the first Jewish Lesbian Group of Victoria.

The daring documentary feature Orchids: My Intersex Adventure by filmmaker Phoebe Hart highlights issues around intersex community, with the filmmaker embarking on a journey of self-discovery to embrace her future and reconcile the past shame and family secrecy surrounding her intersex condition.

Rounding up the extensive Australian films package are an amazing collection of short films – All Better Now by Tessa Millesse, All God’s Creatures by Brendon McDonall, Plunge by Kate Lefoe, Shopping by Will Kuether, Trunk by Jack Taylor Cox, Vis À Vis by Dan Connolly, A Wonderful Day by Robbie Baldwin, and Love Bytes-The Sex Bet by Tonnette Stanford who returns to KASHISH for the fourth time! The package also offers two rare cinematic treats – The Visitor by Dan Castle, a short film with the backdrop of surfing and Australian veteran actor Barry Otto in the lead; and the first short film Karmarama made by Lee Galea, the director of the celebrated coming-of-age Australian feature film, Monster Pies which is also screening at this year’s festival.

The 6th edition of KASHISH Mumbai International Queer Film Festival will be held from 27th to 31st 2015 at Liberty Cinema, May 28th to 30th 2015 at Alliance Française de Bombay and May 29th to 30th 2015 at Max Mueller Bhavan. The theme for this year’s festival is `Reaching Out, Touching Hearts’.

Founded in 2010, KASHISH is held over 5 days at three venues. The festival this year will be held at Liberty Cinema, Alliance Française and Max Mueller Bhavan in South Mumbai. It is the first Indian LGBT festival to be held with approval by the Information & Broadcasting Ministry, Government of India. KASHISH is organized by Solaris Pictures. Co-organizer is The Humsafar Trust.