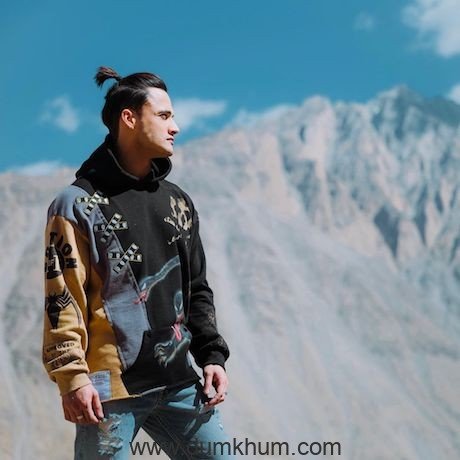 The recently released Rap song King Kong sung and penned by Asim Riaz himself is garnering lot of praise. While it is his fifth rap song in a span of 10 months, ‘King Kong’ was the first rap song ever recorded by Asim. It took him a while to present the song as he was busy working on making the lyrics more energetic. Asim who portrayed his journey through this rap because and chose the title ‘King Kong’ since his rap is very energetic. The video of King Kong has been shot in Ladakh capturing the beauty of the valley. It was shot at a height of 14000 feet above sea level with the weather at a chilling -5 degrees. – Talking about shooting in the valley, Asim said , “It was always my dream to shoot in Ladakh. Nubra Valley is the best place to shoot. The colour palette of the valley connects with my vibe. It’s at a height of 14000 Ft. I had to use an oxygen pump after every verse since the oxygen level is really low at that height. But I am really impressed after watching the final Output.” ‘King Kong’ was performed and penned by Asim Riaz and the music was composed by Charan. The music video was directed by Jay Singhal.