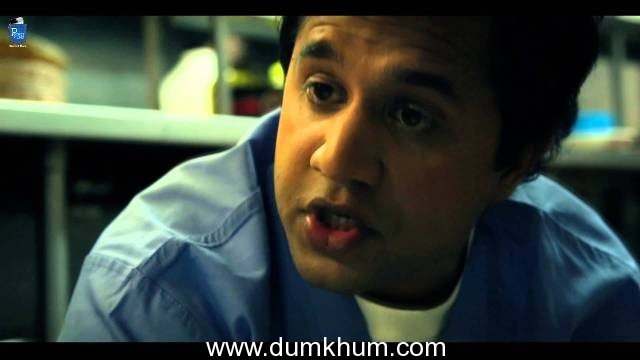 Vaidya added, “That was a really nice thing that Manan wanted to show. He approached me and I was available during that time. I came here and we shot the film over one night”, he said, in a restaurant, American Bistro, located in Owings Mill, MD, owned by Tejash Natali.

In a short span of six minutes, ‘Public Relations’ conveys a profound message! And it goes to the credit of actors like Vaidya who contribute to making this happen. “I travel all around the country and I’m always open to doing small films”, he said.

Vaidya asked us if we saw ‘Public Relations’ and was pleased when we replied in the affirmative. “The community is really responding to them”, he noted. “These people (filmmakers like Manan Singh) know the whole community, so these messages can get out. Maybe, more Indian people will be open to their son or daughter being gay (or lesbian) because they saw this film. It’s a butterfly effect. We don’t really know the effect of these things. But, just that we are putting an effort into (conveying) this message is enough. These sort of films, these sort of events have a far-reaching impact. I am connected to them; their successes are mine”, he said.