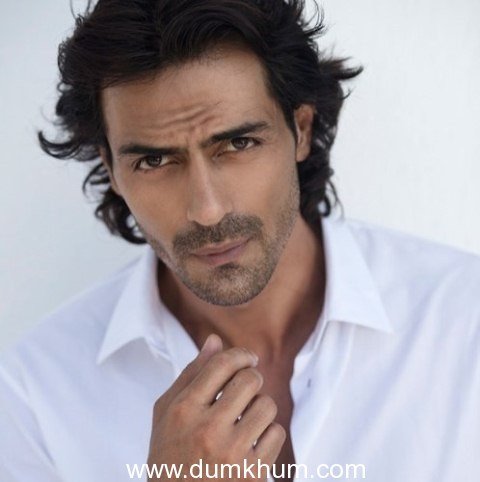 Arun Gulab Ahir, popularly known as Gawli or Daddy, the famous gangster-turned-politician is back in town. Arjun Rampal is gearing up for the role of the gangster ‘Daddy’ for his upcoming flick in ‘Daddy: The Only One Who Did Not Run’ based on the life of Arun Gawli.

The actor has been signed for the titular role. Gawli’s life has been the story of rags to riches. He started as a thug and ended up as an MLA right before going to jail. He was convicted for murder and was imprisoned for life. With the different shades that Arjun has previously portrayed in Rock On, Om Shanti Om, Satyagraha and Rajneeti  and his last release ‘D-Day’ ,  we have no doubt that he’s the best bet for the role. The actor is supposed to meet Gawli to understand his life better for a realistic touch to the movie.

The last decade has seen a string of successful gangster films like ‘Shootout At Lokhandwala’,  ‘Shootout At Wadala’,’ Once Upon A Time In Mumbai’ based on the lives of notorious gangsters such as Maya Dolas, Manya Surve, Haji Mastaan and Dawood Ibrahim.  With the announcement of ‘Daddy’, we’re all excited to see the versatile actor strike as the gangster and work the magic of D-day again on the big screen! The film is slated for a May, 2015 release.