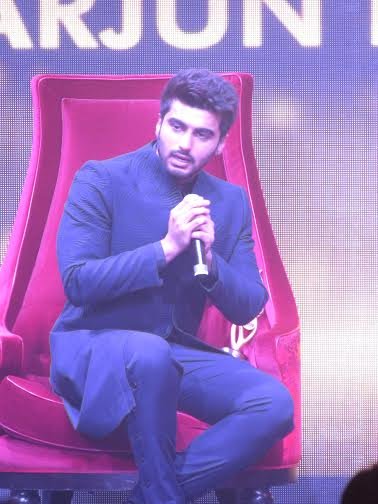 Arjun Kapoor whose upcoming next , Tevar ,will see him in a never-seen-before action avatar ,will be career defining for the actor,especially since he has gone all out to push the envelope in terms of his performance.

Sources reveal that Arjun will perform some extremely challenging stunts in the film ,for which the actor insisted on performing the crucial action scenes himself,minus a stunt double.

Arjun took everyone by surprise when he decided to perform all the stunts by himself, including some high-octane bike stunts, in the attempt to make them look as authentic as possible.

What’s more is that the actor would shoot these scenes in the absence of his father producer Boney Kapoor & uncle Sanjay Kapoor, who makes his foray into production with the film – Says a source, ” Arjun shot for the scenes on the days Boney and Sanjay Kapoor were not scheduled to come on the sets ,as he didn’t want them to panic and fret about his safety . He felt that they would have insisted on getting a body double to perform the scenes”.