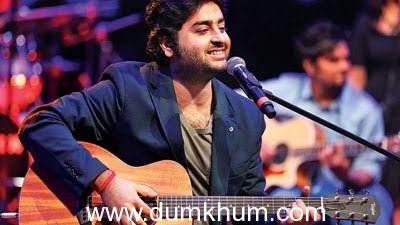 The Channel ropes in Arijit Singh for their upcoming show

Bollywood’s favourite singer, Arijit Singh is all set to make his debut on the small screen. After singing chart topping numbers such as Tum Hi Ho, Muskurane and the recent Hamari Adhuri Kahaani, the singer will now croon a Bengali song titled ‘Amaaro Poraano Jahaan’ for ‘Chokherbali’ in Anurag Basu’s magnum opus ‘Stories by Rabindranath Tagore’ on The EPIC Channel.

Tagore in his stories has always had a woman protagonist playing the lead. He portrays them as strong, confident women making bold decisions in trying situations. His portrayals resonate with us and his stories, relevant to us even today. A director of the caliber of Anurag Basu who has done wonderful work, and is known for his visual storytelling has chosen to do Rabindranath Tagore stories in his own unique way. Anurag is adept at handling human emotions in the most sensitive and heartwarming manner.

Don’t miss out on Arijit Singh in the heart–touching story of ‘Chokherbali’, coming soon only on The EPIC channel.