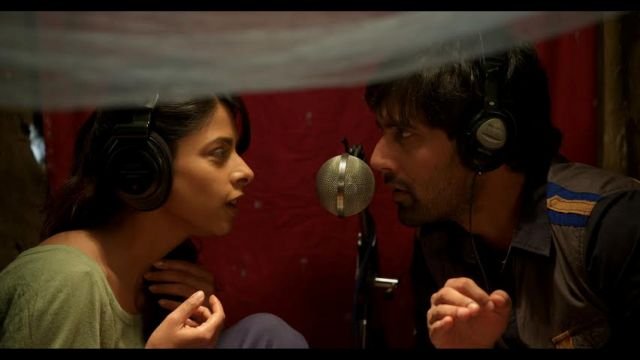 Debutant director Shefali Bhushan has managed to pull off what most filmmakers could only dream of! In a coup of sorts, that’s bound to make any filmmaker envious, the newbie has gotten two of the biggest names in the Bollywood music industry – AR Rahman and Vishal Bhardwaj – on board to sing one track each in her directorial debut, Jugni. The film boasts of a 12-track album composed by Clinton Cerejo. Only one prayer song sung by Rahman, ‘Lakhon Salaam’, has been penned and composed by Kashif.

About Rahman’s song, Shefali says, “It comes at a significant, pious moment in the film when the male protagonist goes into a deep emotional space and we could only think of Mr Rahman to give voice for it.”
And while Rahman’s number is a prayer song, Vishal’s track is a travel song with a lilting tune, ‘Duggu Duggu Dug’ which is composed by Clinton. “Vishalji has sung every word with so much feeling that it is delightful. We are very lucky to have both Vishalji and Mr Rahman singing for us,” shares an elated Shefali.

Scripted by Shefali, she reveals that her film is about the journey of Vaibhavi, a music director who travels to a village in Punjab looking for Bibi Saroop and meets her folk singer son, Mastana, a talented singer himself who winds his way into her heart. Jugni means firefly in Hindi, and is also a popular folk song in Punjab about a search. And the director says that the name worked well with her theme about a composer in search of soulful music and finding lots more than just that.

Shefali shares that her leading lady, Sugandha Garg, is a musician herself, but Siddhant Behl, who plays Mastana is neither a musician nor a singer. “However he is completely convincing on screen,” she adds. Having been associated with the online project Beat of India, started in 2000 to popularise traditional Indian music, Shefali admits that the story grew out of her communications with folk singers from different parts of the country.

Jugni is slated to release on 22nd January 2016