Apache Indian shoots for his next single ‘ Celebrate’ from his latest album, ‘It Is What It Is’. Leading music label, Universal Music India will be releasing Apache Indians latest album titled ‘It Is What It Is’. Apache Indian recently shot the video for the first single in the album, ‘Celebrate’ in Mumbai along with the prolific Raghav Mathur who is featured on the first single. The track is an up-tempo, light number with a fun summer vibe. 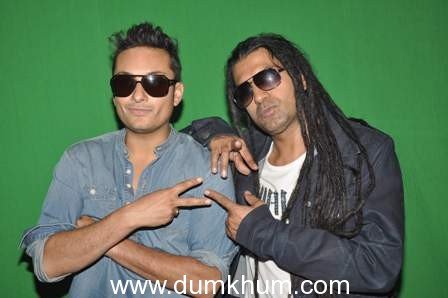 The R&B superstar, Apache Indian rose to fame in the mid 90’s introducing his unique style of blending a highly eclectic form of Reggae informed by the Bhangra style of his East Indian heritage. He was the first Asian artist to have his very own show on Radio 1 where he interviewed some major artists from the Reggae & Asian music industries & also had live sessions where he encouraged & supported local bands.

His latest album was written & recorded in the USA with the internationally renowned Jim Beanz from Sunset Entertainment Group, a world class vocal producer, writer, music producer & artist who has worked with some of the biggest names in the Industry including Timbaland, Nelly Futardo, Shakira, Pussy Cat Dolls, Britney Spears, Sonu Niigam and Shankar-Eshaan-Loy among others.