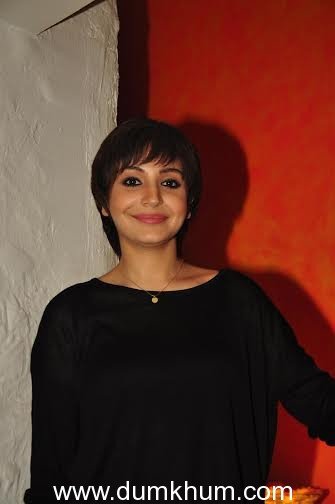 Anushka Sharma who turns producer with Eros International, Phantom Films & Clean Slate Films’ NH10 went all out to praise her former co-star , Katrina Kaif, during her promotional interactions for the edge- of -the- seat thriller.

While the 2 actresses have worked together in Jab Tak Hai Jaan, when quizzed on her favorite actress, Anushka was quick to revert , “Katrina is my favorite co-star because I had such a good relationship with her. She is a real person and not pretentious. I had a great time working with her. I know she feels happy for me.”.

If that wasn’t all, Anushka was also of the opinion that Katrina Kaif was the “prettiest” and “sexiest” actress , a refreshing change for the infamous cat-fights between Bollywood’s leading ladies