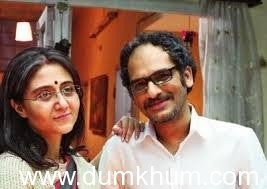 “Anubrato Bhalo Achho?”  the film which is being distributed by Reliance Entertainment has been in news for the kind of admiration it has been receiving!

News is that the film has finally announced its release date and is all set to release on 7th August.
However, the film will only release in Bengal. Regarded as one of the most awaited films of the year has already gathered immense accolades for itself way ahead of its release.
Directed and written by Partha Sen, has also done rounds of various film festivals already. Infact, the film also has bagged several awards while it was screened at these film festivals! The trailer itself has left a strong impact with fantastic background score which has been composed by music director Mayookh Bhaumik.

The film which is based on the lead character Anubrato is played by award winner actor Ritwik Chakraborty who will be seen opposite actor Swastika Mukherjee. The film also features Debleena Dutta and Kharaj Mukherjee.