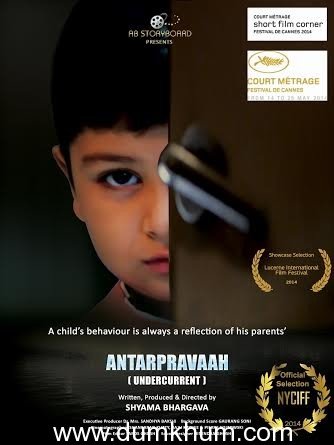 According to Shyama Bhargava, “It’s a great pleasure for me as a debut Director that my Short Film is selected in the Short Film Corner as my film exceeded the length criteria for Short film competition. It is also being marketed in the Marche Du Films business corner.This selection is a big deal for me, since it is an area where accredited guests, filmmakers, producers and film buyers come to watch the selected films in the festival. Accidental meetings do happen, and I’ll brush shoulders with the film producers, distributors and look upon this as an experience of the whole of the festival, market, SFC, sponsored slots, etc.. For me Short is the plank to the feature films and future endeavor or indulgence in film making.”

Antarpravaah is a story about Palak and Kunal a couple who have relocated to India from the US, trying to cope with vicissitudes in lifestyle and other disparities. Their five-year-old son, Adi suffers their routine domestic squabbles of misunderstandings and their undesirable violence shatters him. Does he brings about a sense of realization in his parents misdemeanor or he continues to suffer in silence? 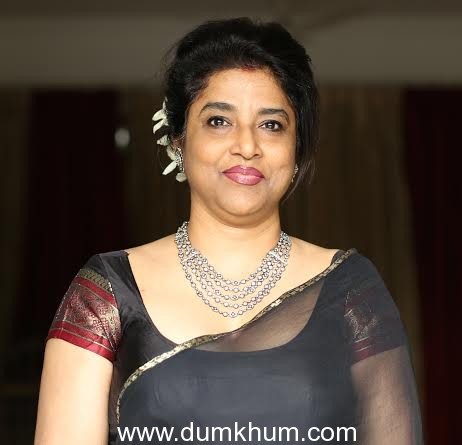 Shyama presently a US Resident was born in Varanasi and raised and educated in Ranchi, India by two respected and prominent educators. Her father a college principal and an administrator and mother a professor of Bengali literature, raised their child in an atmosphere of demanding academic standards and far reaching goals. Often challenged by the expectations of her parents, Shyama met them with determination and grace, receiving many accolades and awards for her creative pursuits during her school and college years to earn her Bachelor Degree in finance. Her studies would also include the cultural arts such as traditional dance and voice training that would mark the beginning of her early career as a professional singer.

This dedication to her craft would bring her recognition and many awards for her work in radio, television and feature films as a professional vocalist. Later on, she succeeded in the release of several albums of her vocal scores working under noted professionals. Pursuing her career further, she evolved into Documentary to feature films working as an assistant and associate director under many noted Bollywood filmmakers. Currently Shyama has completed a Short Film for which she has worked on all aspects of film making, right from screen writing, through direction and production. Now she is seeking further career opportunities as a screenwriter and a director with 20 years experience behind her and accomplishments in the latest style, technique and advances in modern filmmaking. Her film showcase is the reflection of contemporary, urban and trendy world. Her future projects includes Hindi & Bengali feature films and presently busy with preproduction phase on a Short Film titled “Final Redemption” and will be completed by the end of this year, 2014.