5G Entertainment makes its inroad into the Entertainment Industry with their maiden venture, a Marathi Film “Bhay”; Celebrated the birthday of Sachin Katarnawre- Chairman & Managing Director of 5G International PRODUCER OF THE FILM: – SACHIN KATARNAWRE

“At 5G Entertainment, it shall be our endeavour to identify great stories and bring them alive with passion, commitment and integrity. We wish to constantly push the creative benchmarks and find our footing on the world platform. Our first feature project “Bhay”, in both its story and craft, is a befitting start to the journey. Over the next few years, we will focus on collaborating with creative talents in building a varied slate of cinema across languages and genres. The aim is simple – to constantly raise the bar for cinema in India and this is just the beginning”. Produced under the banner 5G Entertainment; The film

“BHAY” is directed and edited by Rahul Bhatankar; Produced by Sachin Katarnawre; Co produced by Ajay Joshi; Executive Producer Ashish Chauhan. The music of the film is helmed by Vikram Moses. Responsible for the visual style, Prashant Rane wears the hat of the Art Director.  Inventing and perfecting the dance moves and making the stars dance- Ajay Deorukar as the Choreographer; Swapnil Kambli – Costume Designer; Milind Matkar – Publicity Designer; Shrikant Kambli – Sound designer of the film. 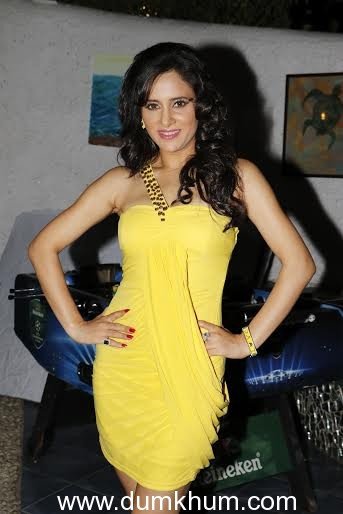 A fully owned subsidiary of the 5G International network, 5G Entertainment was formed with a desire to provide a platform for young creative talents and participate in creating an ecosystem that not only celebrates but also creates good content. Drawing on the strengths of the parent company, an global leader in funding and investment space, the makers of 5G Entertainment aspire to collaborate with leaders in the industry to identify, develop and promote quality content across various mediums including cinema, television, digital and live experiences. Being backed by a strong financial network allows the makers of 5G Entertainment not only access to key resources but also, more importantly, provides the freedom to produce creative endeavors that they believe in. 5G strongly believes in the potential of Indian creative ecosystem and that it can, given the right backing, soon evolve to be a global leader not just in numbers but also the quality of work effected. Over the next few years, they aim to establish and nurture creative partnerships and take active role in redefining the content landscape in India. ABOUT 5G INTERNATIONAL: 5G International is a multilateral financing enterprise focused on project funding and management across both public and private sectors. They partner with start-up visionaries, enterprises, governments and state-owned entities in not just funding their projects but also through till the implementation and commissioning stages. Acquiring substantial interest in the invested company, 5G assumes keen and active participant role in accelerating growth and seeing the project through till completion.