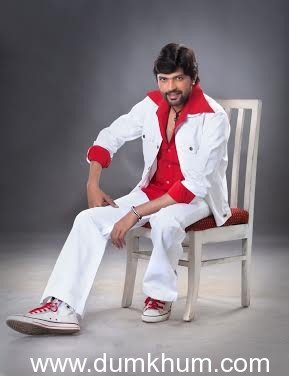 Marathi cinema has scaled up in content and quality. Today our industry is matching to the standards of Bollywood and Hollywood which has really inspired various other regional cinemas in India. Along with matching the standards of content, now even Marathi industry will witness Super Star. Ankush Choudhary (Digya), the name itself introduces the Indian film actor with his versatile image. The youth of today are following the trend and style of Digya post Duniyadari, truly making him a style icon which was proved when he won the title of Maharashtracha Cha Favourite Kon Awards for ‘Best Supporting Actor’ and MICTA Awards for ‘Best Actor’ (held in Macau).

This year he has been nominated in various competitions like Zee Gaurav, MaTa Sanman to mention few under best actor category. With huge fan followers, this style icon has evolved over years and now has bagged several films in his kitty of this year like ‘Maalak’, ‘Kallaa’ to mention few. This is just the beginning; there is few more number of scripts in pipeline.

Ankush Choudhary is a multitalented popular actor in marathi film industry and handled the pressure as an director for movies like No Entry Pudhe Dhoka Aahey (2012), Saade Maade Teen (2007) and Zakkas (2011). The exceptional Ankush Choudhary is a successful actor in both Marathi films and television. He has acted in Bollywood movies like Jis Desh me Ganga Rahta Hai but he is a strong believer that his first love will always be Marathi films.

The stars are shinning bright on Ankush Choudhary making him one of the best and finest artists of Marathi film fertility.