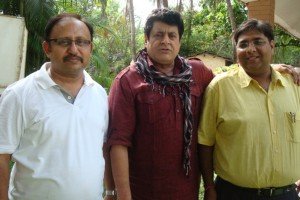 The ma of versatility has been in the television industry for more than 20 years now and has directed many TV serials, tele films, short films and feature films. We spoke to Alok Nath about this new serial which is currently being aired on DD from Monday to Friday at 12:00 PM. Following are some excerpts——

Tell us something about the serial “Kul Ki Jyoti Kanya”

In this serial, I have tried to bring the sensitive issues like female foeticide in the limelight which was the very first topic that Aamir Khan put forth in Satyamev Jayate. In this serial also I have put forth the importance of a girl child. How a father who hopes for a son kicks his wife and two daughters out of the house and remarries another woman. His second wife does give birth to sons but these sons later in become a major misery in the father’s life. In such a situation his daughters take care of him and it is then that he realizes the true gender that enlightens our life by burning herself every minute!

Is this serial inspired by Satyamev Jayate?

No, it is not so. We had shot and submitted the pilot for the serial some 2 years ago but it is a coincidence that the serial is getting telecasted now.

What was the main purpose behind making this serial? And why chose DD?

The only reason being I want to make the women folks aware about their rights. Unless a woman is aware of her right, no one will be able to help her. And only reason for choosing DD is that the viewer population of DD is large compared to other channels and I want more viewers so that the message reaches the masses at the earliest!

Don’t you think the viewers should not only be women but prominently men should watch it and so you could have kept it at such a time when men folks were also in the house to see the serial instead of telecasting it at 12 PM ?

A woman compromises very quickly and till the time she doesn’t become able and capable, people are going to exploit her no matter what!About the timing of the serial it is indeed a good point to telecast it when men folks are in the house, will consider it . 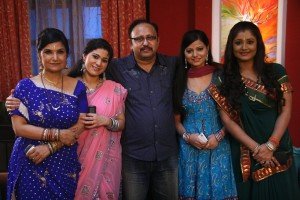 Tell us something about the actors in the serial. How was the experience of working with them?

It is a pleasure working with such fine actors. Everyone is good at what they do and most importantly they suit their roles! Upasana Singh,Gajendra Chauhan are popular amongst the audience and talking about the other actors, well, Sahiba, Vijay Bhatia and Amit Pachouri are the actors that are known faces and their work skills are excellent.

We have heard that you’ve also made a feature film?

Yes, I have made a movie named “Sancha” which is based on the industry of brick making. The film stars Anupam Kher, Mukhesh Tiwari,Vaishnavi, Amin Gaji and many other stars.

Are you not making any bollywood masala film?

No, because I often like to make movies based on facts. I am not inclined towards bollywood films.

Tell us something about the Production house of the serial.

The serial is made under the banner of Deepak Sharma’s production house D.S.Production private limited. The production house had made a feature film prior to this and they wish to make few good serials like this one. Producer Deepak Sharma is very excited about the serial and when the producer is so very enthusiastic it encourages us also. 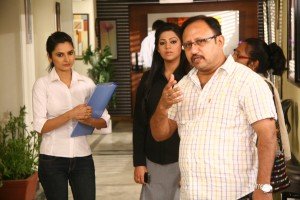