An Insignificant Man’ to premier in India at JioMAMI Mumbai Film Festival 2016. After creating ripples across International Film Festivals and gaining critical as well as audience acclaim, ‘An Insignificant Man’ is finally set to premier in India. The film, a documentary on Arvind Kejriwal is set to be screened at JioMAMI Mumbai Film Festival. The Festival which will be held in Mumbai from the 20th to 27th October, will be screening the film under ‘India Story’. More than a week away from its London premiere, the tickets to “An Insignificant Man are already sold out. In less than a month, this new film by the team behind ‘Ship of Theseus’, has been selected for four major film festivals across the world.

Premiering at TIFF with full house audiences, last month, “An Insignificant Man” has been hailed as the breakout film from India this year and the film is now coming to the Mumbai International Film Festival. It has been called “a political thriller that keeps you on the edge”. Critic Aseem Chhabra called it “riveting” and Jason Mojica of Vice quipped that it’s the “Best politics doc I’ve seen since (the oscar winning) Streetfight!” 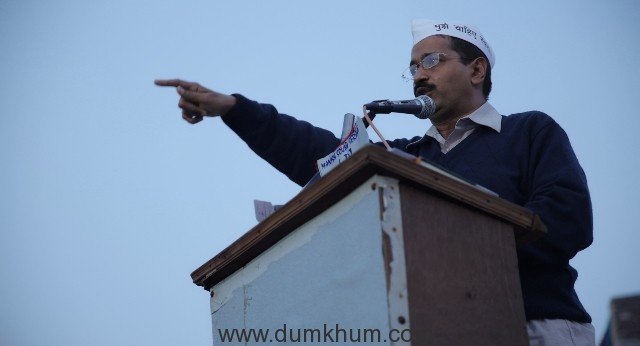 The project has been supported by Sundance, BRITDOC and nearly 800 other contributors who donated to the film’s crowdfunding campaign. Notably, Arvind Kejriwal himself hasn’t seen the film so far.

Helmed by Khushboo Ranka & Vinay Shukla, the film is a political thriller following Arvind Kejriwal on his election campaign. It has been produced by the posterboy of intellectually stimulating cinema, Anand Gandhi. Critics have praised the film for its nuanced and complex portrait of Kejriwal, the AAP and the Indian political landscape.