Some stories need to be told, and Omung Kumar’s Sarbjit is rightly the story that everyone needs to know. The Biopic that stars Aishwarya Rai Bachchan, Randeep Hooda, Richa Chada and Darshan Kumar has flooded the news and social mediums with the critics, celebrities and audiences talking about the greatness of the film.  The Omung Kumar directorial has touched many hearts ever since the premiere of he film, which was held in Mumbai recently. Many took to twitter to express their appreciation for the cast and crew, but our very special Big B took on something different to do so and made it even more special. Randeep hooda shared an image which had a letter from Amitach Bachchan that says ‘I had always admired your talent, but after watching you in “Sarbjit” last night, I could not resist writing to you and expressing my immense admiration for your work in the film! May you continue to prosper and may you give us many more occasions to applaud you and your talent! With the greatest of love, Amitabh”. Well, BigB surely seems impressed by Randeep’s stellar performance in Sarbjit, but the film industry has been gushing about his work too. Many renowned names of Btown have showered Randeep with appreciation for his work and talent. 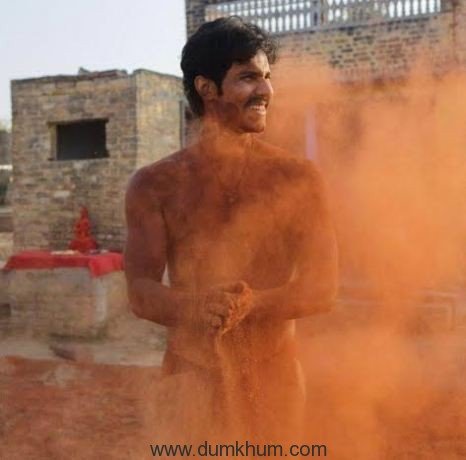 Sarbjit is in cinemas already and audiences have been expressing their love towards the film through twitter and blogs. Many critics and journalists have already given their word on the film after being flown away with ace direction and crisp and precise screenplay . However, we look forward to Sarbjit creating its magic on the box office too!