Star Gold turned the city  ‘Pink’ yesterday, two days ahead of the World Television Premiere of the film on its platform. Jalsa – the residence of the legendary Amitabh Bachchan that has become a landmark for Mumbaikars and a visiting spot for tourists over the years also turned Pink, marking a landmark support for a film that has become a true phenomena. That’s not all, the channel also got iconic locations in the city to turn into the colour of the hour and partake what can truly be called a Pink movement in the city. 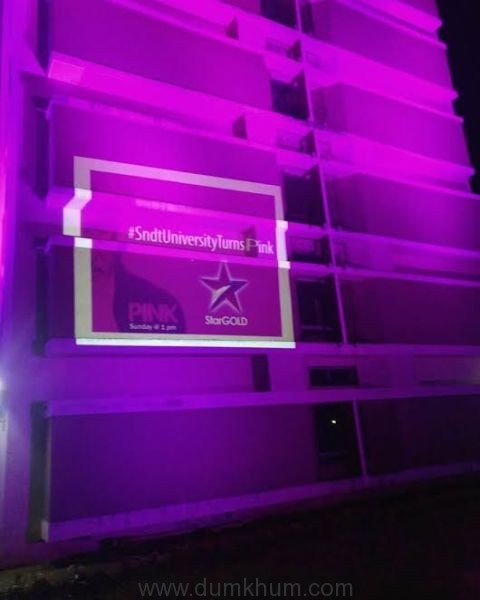 SNDT Girls College and the Carter Road promenade were illuminated in a pink hue to support the spirit of the film.