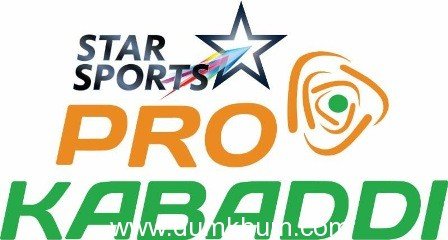 Sets up the country to #LePanga from July 18 onwards

Come July 18 and the country will be treated to the adrenaline pumping fast paced action of Star Sports Pro Kabaddi. The best of Indian and global Kabaddi talent will take centrestage at NSCI, Mumbai where the caravan style league commences. To ensure that the country at large is given a grand invitation for the second season, Star Sports has roped in the biggest superstar of the country, Mr. Amitabh Bachchan.

Star Sports’ marketing blitzkrieg for the upcoming league reaches another level as the iconic film actor with an inimitable voice takes to the mike as well as composes for the latest commercial of Star Sports Pro Kabaddi.

Uday Shankar, CEO, Star India, said, “Star has a deep and abiding commitment to growing the sport of Kabaddi. The inaugural season introduced the sport in an aspirational and cool avatar. We are delighted to partner with Mr. Amitabh Bachchan for the second season of Star Sports Pro Kabaddi, to help galvanize the sport across the nation.”

Talking about the campaign, Amitabh Bachchan said, “The early years of one’s life are the moments deeply ingrained in us. Kabaddi formed an integral part of our daily sport. When Star asked me for my participation in its promotion under Pro Kabaddi, I readily agreed for one simple reason – an opportunity to relive our younger exciting days. The composition of the song, its tune and its singing by me, has been an absolute delight. During its recording, helped by music director Aadesh Srivastava, I actually felt I was playing the game.”

The promotional film for Star Sports Pro Kabaddi, takes forward the #LePanga narrative in the form of a peppy, energetic and fast paced song composed and sung by Mr. Amitabh Bachchan. The underlying visuals have superlative game and in action portraits of the heroes of the sport.  What better booster than the baritone the country adores? This was the thought that motivated the very words of the film penned by India’s leading adman Piyush Pandey from Ogilvy.

Highlighting the concept, Piyush Pandey, said, “The idea was to combine the martial energy of the great India sport with the great Indian tradition of ‘Veer Ras,’ one of the nine emotions or ‘Navrasas’ of our culture. With a sense of fun and fire, that is how I wrote this song. Thereafter Mr. Bachchan took over. He composed the music, sang the song and created a legendary track.”