Amish Tripathi’s new book, ‘Suheldev – The King Who Saved India’ will be adapted into a feature film ! 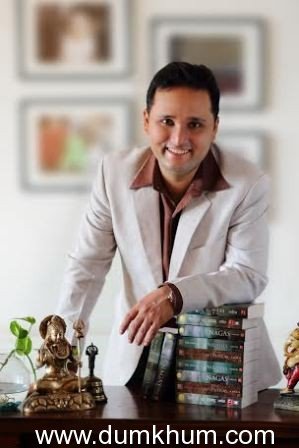 “NO ACTOR HAS YET BEEN APPROACHED” – SUHELDEV PRODUCERS CLARIFY
Ever since it was announced that celebrated author Amish’s new book, ‘Suheldev – The King Who Saved India’ will be adapted into a feature film, there has been intense speculation in the media about who would play the title role. This isn’t surprising, considering the immense success of the book since it was released and the interest it has garnered around the world, especially amongst Amish’s fans.
Certain sections of the media have reported names of certain actors having been approached, accepted, or having turned down the title role of King Suheldev, despite no such development or official statement coming from the film’s makers.
To end this speculation, the film’s producers (Wakaoo Films, Casa Media and Immortal Studios) have issued a joint statement in this regard.
The producers categorically state:
“Nobody has checked with us before carrying these stories, and hence we felt the need to clarify and inform the public about the film’s progress till date. Suheldev is a mammoth project, and also a huge responsibility on us, as we are telling the story of one of India’s greatest unsung heroes.
“Right now, the book is being adapted into a film screenplay. Once the script is locked, we will begin the process of casting etc. It would be premature for us to approach an actor before that.
“No actor has been approached by us yet for playing the role of King Suheldev. All reports and speculation coming in from certain sections of the media are unnecessary and completely untrue.
“Suheldev is a film that should be celebrated by every Indian. Once the script and the actors are locked, we’ll officially make a grand announcement. Till then, we request the media to be patient and let us continue with our job of developing this important film.”
The film is an epic story of the unsung warrior, King Suheldev, who fought valiantly to drive the all-conquering Turkic hordes away from India. The film has its author, Amish, as the official creative producer on the project, and will be directed by the award-winning ad filmmaker Senthil Kumar.