Amadeus and Power Struggle bring to you NOCTURNAL Come party with Nanok  known for his single “Friday” featuring vocalist Reisa Nongrum ,will drop some commercial house tracks at Amadeus this Saturday,October6.Along with with host Maia Sethna, A muse to a number of photographers in the UK, now she’s here to turn up the heat on the Indian fashion scene!

It is an amalgamation of all aspects relevant to the perfect night out with the best music, designer cocktails and creme de la creme of Bombay’s night owls.

Power Struggle along with Amadeus presents NANOK, Known for his commercial along with host Maia Sethna, of Girl Panic.

Amadeus serving as a unique reception, with impeccable elegance of this private venue, it offers the best ambiance, music, lights, and sound.

Nocturnal is an event conceptualized by Power Struggle Music for Amadeus to address the needs of today’s social scene and clubbing culture.

It’s one of those nights you look forward to weeks before and can’t seem to forget for weeks after.

Don’t miss Nocturnal for some astounding Progressive/Commercial House tracks while rubbing shoulders with our host Maia Sethna of Girl Panic! 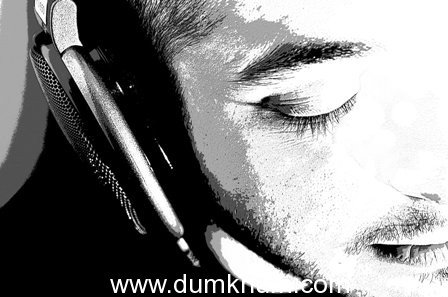 Jai “Nanok” Vaswani (Black Flower Music). Known for his commercial sets, Nanok started his career as a DJ at the age of 15. He has played at almost every nightclub in South Mumbai over the past few years and is invited to guest DJ on a regular basis.

He moved to London for 2 years to study music production. Nanok has released his first English electronic album titled “Bitter” post which he went on to produce an album for “The Yellow Pages” also released by Black Flower Music.

Maia Sethna -All the world’s a stage for this doe-eyed beauty who first appeared onscreen as a child in Deepa Mehta’s 1947 Earth. Having graduated from the University of East Anglia in the UK with a degree in drama and English literature, she’s a classic example of beauty with brains. A muse to a number of photographers in the UK, now she’s here to turn up the heat on the Indian fashion scene. So don your sunglasses as she sizzles on your screen.’ GQ (2011)