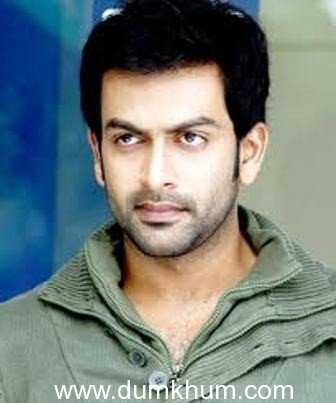 Establishing himself AS one of the biggest superstars down south ,with HIS films Indian Rupee, Veettilekkula Vazhi and Thirakatha bagging three out of the last four National Awards for best Malayalam films, actor Prithviraj now sets his sights on Bollywood,proving to audiences and the industry alike, that he is one to watch out for.

Said acclaimed critic and trade analyst Taran Adarsh “Prithviraj, who has several South Indian films to his credit, does a super job in his first Hindi outing. He has striking screen presence, has worked hard to get in shape, but most importantly, he is a damn confident actor. “

All praise for her Aiyya co-star said Rani Mukherjee “He is a very special actor. He is handsome and lovely to work with too. He is just awesome. Now I know why he is such a huge star”.

he film’s producer Anurag Kashyup too had cited him as the possible next big star of Bollywood ,with his next Hindi outing being Yash Raj Films’ ‘Aurangzeb’ and other interesting projects in the pipeline.
Talking about the kind of films that he looks at doing, says Prithvi “All the films that I have signed or I intend to sign are purely on the basis of merit of what the films are about. As long as interesting work will find me, I will love to do more Bollywood films. I want to work in the genre that defines good cinema. Regardless of what the film is about, it should be a movie which deserves to be made”.