The Country’s most loved donut Brand Mad Over Donuts recently announced its association with one of the most eagerly awaited romantic films of the year – 2 States. 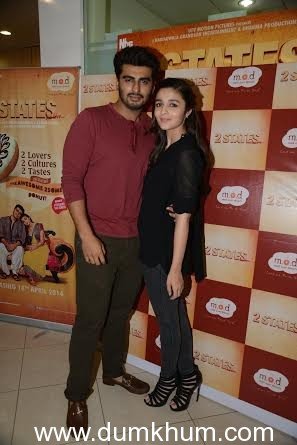 As a part of this association, Mad Over Donuts conducted a fun contest for their fans and lucky winners got a chance to meet Alia Bhatt & Arjun Kapoor today. Mad Over Donuts even introduced a special donut dedicated to the film called the “Awesome 2Some” donut, which is a fusion of white chocolate & coffee true to the essence of the film that shows the union of people from two diverse cultures.