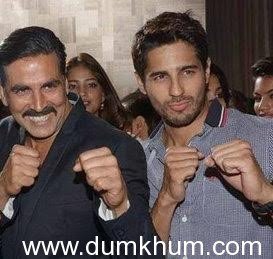 Akshay Kumar’s Brothers gets overwhelming response worldwide. Akshay Kumar is a favorite not just in India but worldwide. Time and again audience around the world have supported their favorite actor and helped the theatres to a packed house when it comes to an Akshay starrer.

In London , last three releases of Akshay opened to a phenomenal response. Be it Gabbar  whose Friday opening was £22,082 or Baby opening to £17,488 and then It’s Entertainment which opened to £35,036. Brothers which released yesterday has garnered a blockbuster opening of £44,880.

Interestingly brothers has received a 15 rating unlike the others which have 12 rating . Brothers also has the highest Friday GBO collections in Pakistan for an Indian film which is $122,000.