Akshay Kumar the face of a Campaign for Mumbai Police 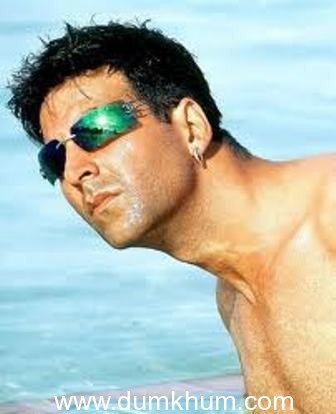 Recently Akshay Kumar had invited the police officers to train in his personal gym.Now we hear that Akshay Kumar has stepped in to encourage people to ride safety and the Mumbai Police has made akshay kumar the face of the campaign.
Akshay Kumar says:Stars are considered icons. So we should all be socially responsible… Actors really aren’t qualified to preach, but we do have a sense of humanity; all of us do. If we can make something better, we try to.”
In Particular about this cause about wearing a helmet Akshay says A lot of people wear a helmet wear a helmet not to save their lives many wear it so that cops don’t pull them over. I see youngsters riding recklessly,I personally feel like telling them that its not cool.
Akshay himself loves bikes He only rides it when he drops his son to school or when he takes his wife for an ice cream.As far as people say that films wrongly influence youngsters .In all honesty its not about the films its the lack of punishment that makes them think they can get away with it.
We all should wear helmets while riding bikes.