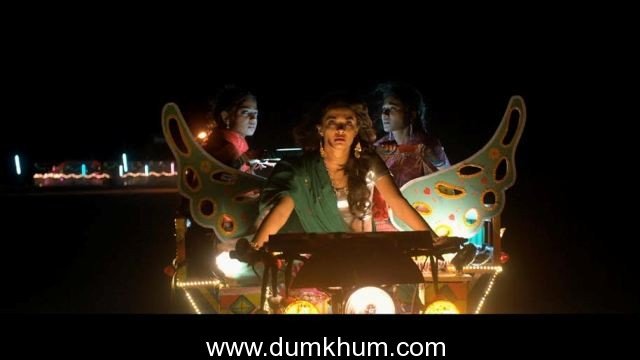 The film that also marks Ajay Devgn’s foray into international cinema as a producer will be showcased in TIFF’s Special Presentation Section.
Leena Yadav’s ‘Parched’, which is also Ajay Devgn’s first international production, has been selected for the Toronto International Film Festival (10th-20th September 2015). The film starring Tannishtha Chatterjee, Radhika Apte, Surveen Chawla and Adil Hussain will premiere in the Special Presentation Section of the prestigious film festival. Each year TIFF invites more than 300 films from over 60 countries and the cast and crew of ‘Parched’ is naturally elated to make the cut. “It’s an honour to be selected at this prestigious film festival and to be in the august company of such a great line up of films,” says director Leena Yadav.

Set in rural India, the film follows the lives of three ordinary women who begin to break free from the century-old traditions. Talking about the film Ajay says, “‘Parched’ is about the small battles that women must fight to win the big war. Films like ‘Parched’ need to be made, seen, and discussed.” Leena adds, “‘Parched’ transcends boundaries of language and culture and its themes and stories will find resonance with a global audience. Every member of the team has poured their love and passion into the film and I hope that has translated to a compelling watch on screen.” Set to make its mark in world cinema and create a niche for Indian films internationally, ‘Parched’ will be showcased in the segment that also includes the Johnny Depp-starrer ‘Black Mass’, Ethan Hawke-starrer ‘Born To Be Blue’, Jason Bateman’s Nicole Kidman-starrer The ‘Family Fang’, Tom McCarthy’s ‘Spotlight’ and Michael Moore’s ‘Where to Invade Next’ to name a few.