After Bangalore, now it’s Aurangabad calling for Rock On!! 2. 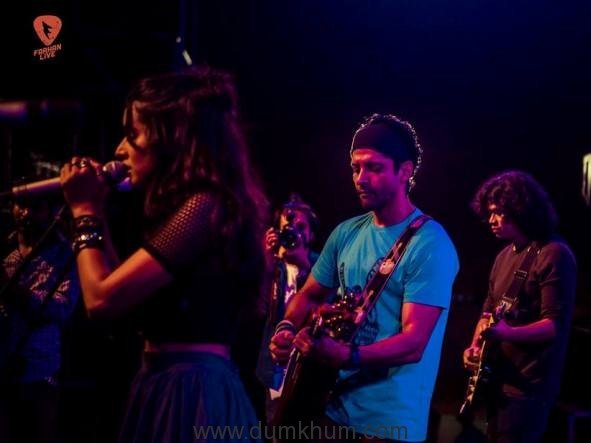 The team, comprising of Farhan Akhtar and Shraddha Kapoor as lead vocalists, accompanied by members of Farhan Live had performed at a mall in Bangalore recently. The crowd attending the concert was left electrified by the headbanging performance put up by the Rock On!! 2 team. The team made a rocking entry in Bangalore, with Farhan playing the guitar and performing for his team in transit in the charter making it a musical moment for the Rock On!! 2 team. 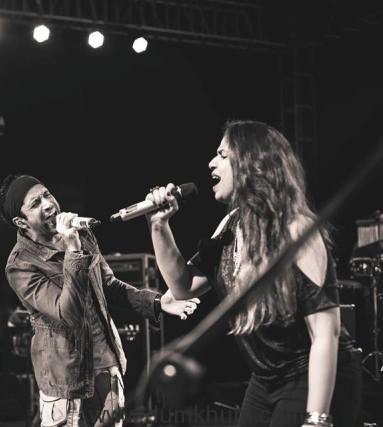 Bangalore was left grooving by the outstanding performance of Farhan and Shraddha at Whitefield. The concert received immense response by the audience at Bangalore with audience turning up in hordes. Interestingly, this was Shraddha’s first Live performance in the city, whereas Farhan has delivered his magic in Bangalore with his band earlier too. The fans in Bangalore went crazy with the duo’s live performances on the Rock On!! 2 songs. The place was filled with the mesmerized crowd leaving no room for even air to pass. After giving powerpacked performances at the music launch held at NSCI dome in Mumbai, NH7 Weekender in Shillong followed by the movie’s trailer launch at Bandstand’s amphitheatre in Bandra, the duo put the stage on fire in Bangalore and now its time for Aurangabad. The lead vocalists, Farhan and Shraddha  are now all set to perform at Aurangabad this time. The duo’s fans in Aurangabad have been awaiting the concert which will be held on 2nd November, 2016. Rock On 2, the upcoming musical hit features Farhan Akhtar, Shraddha Kapoor, Arjun Rampal, Prachi Desai, Purab Kohli, Shashank Arora and Shahana Goswami. Produced by Ritesh Sidhwani and Farhan Akhtar under the banner of Excel Entertainment presented by Eros International,  Rock On!! 2 is directed by Shujaat Saudagar and is all set to release on 11th November 2016.