‘Ae Dil Hai Mushkil’ Title Song Gains Over A Million Streams in 48 hours on Saavn. Fastest to a million, hitting 3.5 million in a week. 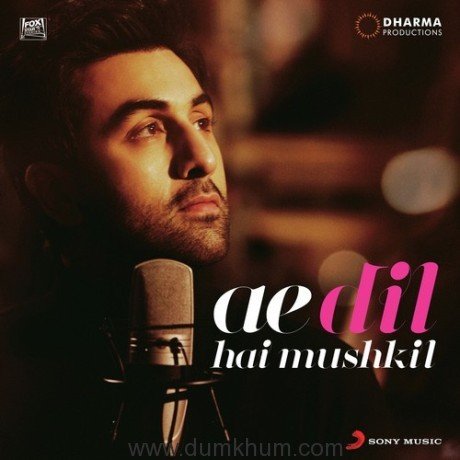 Saavn, the official music streaming partner for the film Ae Dil Hai Mushkil, hits a milestone with the release of the first single ‘Ae Dil Hai Mushkil’ on 30th August. The song generated half a million streams on the day of release and arrived at 3.5 million+ streams in a week thereby setting a new record on Saavn.

The soundtrack of the biggest Diwali release this season composed by Pritam and sung by Arijit Singh, has quickly solidified as a smash hit ranking #1 on Saavn’s Weekly top 15 chart. A week after the release, it was the fastest song on Saavn to hit over one million streams in 2 days and 3.5 million in a week, making it a record- breaker.

Karan Johar, says “I am super thrilled to hear that the song is breaking records since the time it launched. It is one of my personal favorite too. We are glad we partnered with Sony Music and Saavn for the film.”

“We’ve broken several records with our music streaming partnership with Saavn before and it’s exciting to see the humungous response to the title song from Ae Dil Hai Mushkil even before the release of the song video. It’s an exciting new step towards creating excitement among the fans around the song release.” said Sanujeet Bhujabal, Senior Director Marketing, Sony Music.

Commenting on the response, Paramdeep Singh, Co-Founder and Executive Chaiman, Saavn, said, “It’s an exciting time for us as we are breaking new records every month. These numbers prove that we are reaching more people faster than we ever have.”About Saavn

Saavn is India’s leading digital music streaming service, transforming how people around the world access and experience music on a daily basis. With a unique combination of Internet radio and on-demand music streaming, as well as proprietary social features like music tagging and music chat, Saavn delivers one of the richest media experiences available on mobile and web today. The company’s award-winning iOS and Android mobile products include phonetic search, dynamic bit-rate streaming, global native ad-serving, and industry-leading design. With Saavn Pro, users can listen to music ad-free and offline. And through partnerships with Apple, Google, Facebook, Twitter, and Shazam, Saavn reaches more music fans than any other South Asian music service. In early 2015, Saavn partnered with the global non-profit Akshaya Patra to launch #MusicForMeals, a streaming-powered initiative to provide midday meals for school-going children in India.

In 2016, Saavn expanded its content offering into Saavn Original Programming, a slate of original, non-music audio programs that range from comedy and storytelling to mythology and cricket. Some of the most popular Saavn Originals include Qisson Ka Kona, featuring radio icon Neelesh Misra; Trial by Error: The Aarushi Files, a serialized investigative series centering on India’s most notorious crime; Cyrus Says, an irreverent comedy talk show starring Cyrus Broacha; and Maed in India, featuring interviews and performances by top indie musicians.

This year, featuring popular electronic artist Nucelya in its first installation, Saavn also  launched its Artist in Residence program (AiR), an in-house program designed exclusively for handpicked independent, breakthrough artists. This platform encourages select artists to explore their creativity through experimentation, and exclusive collaborations, all while reaching larger and wider audience through Saavn.

Saavn was founded in 2007, and has offices in Mumbai, Gurgaon, Bangalore, New York, and California.