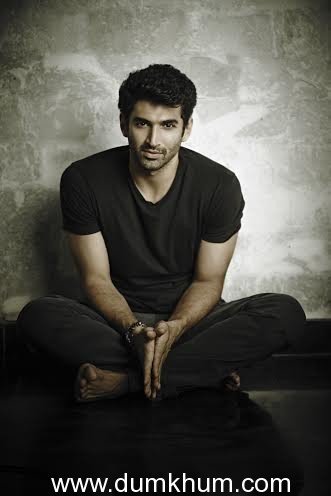 Aditya Roy Kapur, is an ardent fan of football. Infact the young actor plays football every Sunday with his childhood friends.
With the FIFA mania in the air, Aditya has been absolutely engulfed with it . Aditya has been catching all matches, even though it is at odd hours in India. Infact, the young actor has been hosting FIFA screening at home for friends.
Aditya has kind of converted his bachelor pad in Bandra as a FIFA screening center. He stays by himself, so his friends have been dropping in to enjoy the matches together.
He initially invited them for the kick off and to see big matches. However now it has become a pattern among them. They all land up at his place post mid night to catch the match.
Aditya has been stocking food and beverages for them and they have been enthusiastically watching matches – clapping, hooting and having a fun time. FIFA World cup is the biggest football tournament and has got Aditya in a social mode. Aditya had also visited Madrid, to catch the Spanish football league recently.
Says Aditya “I am having a great time with friends coming over every night. It is football frenzy in my house, in the truest sense. “
He further adds, “My diet and workout regime have gone for a toss with the late night sessions. I am trying hard to stick to routines.”