ADDRESS BY THE PRESIDENT OF INDIA ON THE

EVE OF THE REPUBLIC DAY OF INDIA 2015 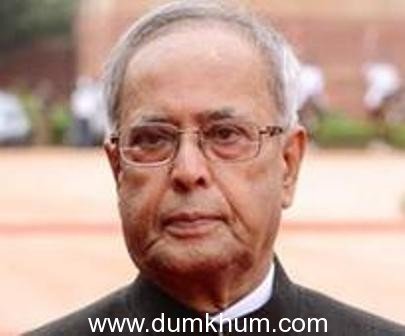 1.           On the eve of the 66th Republic Day, I extend warm greetings to all of you in India and abroad. I convey my special greetings to members of our Armed Forces, Paramilitary Forces and Internal Security Forces.

2.           Twenty Sixth January holds an everlasting place in our national memory because it is the day when modern India was born. Under Mahatma Gandhi’s moral and political leadership, the National Congress passed the Purna Swaraj resolution demanding complete independence from British rule in December 1929. Gandhiji organized nationwide celebrations on 26 January 1930 as Independence Day. From then on, the Nation took a pledge on this day every year to carry on the freedom struggle till we attained it.

modernity, the Constitution. Tragically, Gandhiji had been martyred two years before, but the framework of a Constitution that has made India a role model for today’s world was constructed out of his philosophy. Its essence lay in four principles: democracy; freedom of faith; gender equality; and an economic upsurge for those trapped in the curse of dire poverty. These were made Constitutional obligations. Gandhiji’s talisman for the country’s rulers was simple and powerful and I quote: “Whenever you are in doubt…recall the face of the poorest and the weakest man whom you may have seen and ask yourself…will it lead to swaraj for the hungry and spiritually starving millions?” (unquote). Our resolve to eliminate poverty through inclusive development has to be a step in that direction.

4.           The past year has been remarkable in many ways. Particularly because, after three decades the people have voted to power a single party with a majority for a stable government, and in the process freed the country’s governance from the compulsions of coalition politics. Outcome of these Elections has given the mandate to the elected government to fulfill its commitment to the people by using its majority for formulating policies and making laws to implement those policies. The voter has played her part; it is now up to those who have been elected to honour this trust. It was a vote for clean, efficient, effective, gender-sensitive, transparent, accountable and citizen-friendly governance.

5.           There can be no governance without a functioning legislature. The legislature reflects the will of the people. It is the platform where progressive legislation using civilized dialogue must create delivery mechanisms for realizing the aspirations of the people. It calls for reconciling the differences amongst stakeholders and building a consensus for the law to be enacted. Enacting laws without discussion impacts the law-making role of the Parliament. It breaches the trust reposed in it by the people. This is neither good for the democracy nor for the policies relating to those laws.

6.           Pandit Jawaharlal Nehru, Sardar Patel, Subhash Chandra Bose, Bhagat Singh, Rabindranath Tagore, Subramanya Bharati and many more – the vocation and the approach might have been different but they all spoke the same language of patriotism. We owe our freedom to these great warriors of nationalism. We also salute the unsung heroes who have died securing the liberation of Mother India. But it pains me to see that Mother India is not respected by her own children when it comes to the safety of women. Atrocities of rape, murders, harassment on the roads, kidnapping and dowry deaths have made women fearful even in their own homes. Rabindranath Tagore saw women not only as the deities of the household fire, but also the flame of the soul itself. Where have we failed, as parents, teachers and leaders, that our children have forgotten all tenets of decent behaviour and respect for women? We have enacted many legislations but, as Benjamin Franklin had once said and I quote: “Justice will not be served until those who are unaffected are as outraged as those who are” (unquote). Every Indian must take a pledge to protect the honour of women from violence of any kind. Only a nation that respects and empowers its women can become a global power.

7.           The Indian Constitution is the holy book of democracy. It is a lodestar for the socio-economic transformation of an India whose civilization has celebrated pluralism, advocated tolerance and promoted goodwill between diverse communities. These values, however, need to be preserved with utmost care and vigilance. The freedom inherent in democracy sometimes generates an unhappy by-product when political discourse becomes a competition in hysteria that is abhorrent to our traditional ethos. The violence of the tongue cuts and wounds people’s hearts. Religion, said Gandhiji, is a force for unity; we cannot make it a cause of conflict.

8.           Much is said about India’s soft power. But the most powerful example of India’s soft power, in an international environment where so many countries are sinking into the morass of theocratic violence, lies in our definition of the relationship between faith and polity. We have always reposed our trust in faith-equality where every faith is equal before the law and every culture blends into another to create a positive dynamic. Wisdom of India teaches us: unity is strength, dominance is weakness.

9.           The multi-nation conflict has converted boundaries into bloodlines, and turned terrorism into an industry of evil. Terrorism and violence are seeping across our borders. While peace, non-violence and good neighbourly intentions should remain the fundamentals of our foreign policy, we cannot afford to be complacent about adversaries who will stop at nothing to disrupt our progress towards a prosperous and equitable India. We have the strength, confidence and determination to defeat architects of this war against our people. Repeated violations of the ceasefire along the Line of Control and terrorist attacks must get an integrated response through incisive diplomacy and impregnable security mechanisms. The world must join India in fighting the menace of terrorism.

10.       Economic progress is also a test of democracy. Year 2015 is a year of hope. Key economic indicators provide for much optimism. Strengthening of the external sector, move towards fiscal consolidation, moderation in price levels, early signs of rebound in manufacturing and record agricultural production last year augur well for our economy. Achieving five percent plus growth rates each in the first two quarters of 2014-15 is a healthy sign for an early reversion to the high growth trajectory of 7-8 percent.

11.       The success of a society is measured by both survival and strengthening of its values, institutions and instruments of governance. Our national narrative has been shaped by the principles of its past, triumphs of today and is now ready to own the future by powering its latent potential.

12.       Our national ambition is to raise the quality of life of Indians by quantum leaps and raise generations enlightened by learning, patriotism, compassion, honesty and a sense of duty.  Thomas Jefferson had said and I quote: “Educate and inform the whole mass of the people… They are the only sure reliance for the preservation of our liberty” (unquote). We must strive for the highest quality in our educational institutions so that we can take our place, within a visible future, among the knowledge leaders of the 21st century. I would urge, in particular, that we lay special stress on the culture of books and reading, which takes knowledge beyond the classroom and frees imagination from stress of the immediate and the utilitarian. We must be a creative people, nourished by innumerable, interlinked rivers of ideas. Our youth must lead the way to mastery of technology and communication in a universe where the cloud has become a library without frontiers, and vast opportunity awaits within the computer in your palm. The 21st century is within India’s grasp.

13.       This future will remain both visible and elusive if we do not discover the ability to continually cleanse ourselves of retrograde habits and social ills. Over the past century, some have died, others have faded, but many still exist. We are celebrating, this year, the centenary of Gandhiji’s return to India from South Africa. We can never cease to learn from a Mahatma. The first thing he did in 1915 was to keep his eyes open and his lips sealed. It is advisable to follow his example. While we are, rightly, focused on 1915, perhaps we should cast a glance on what Gandhiji did in 1901, the year when he returned home for his first break. The annual Congress session was held that year in Calcutta, then the capital of British India. Gandhiji was a delegate. He went to Ripon College for a meeting. He discovered that the whole place had been dirtied by fellow-delegates. A shocked Gandhiji did not wait for any allotted cleaner. He picked up a broom and cleaned the area.  No one followed his example in 1901. 114 years later, let us follow his example, and become worthy children of a magnificent father.