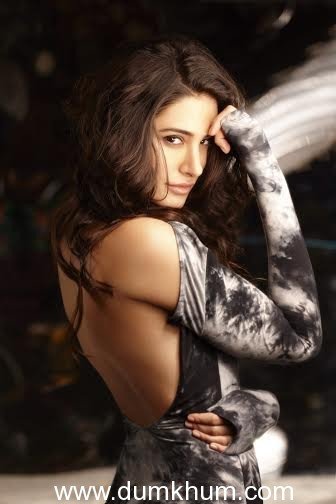 Nargis Fakhri has just completed shooting her special song with Salman Khan for Sajid Nadiadwala’s Kick. The song, already making waves before its release, has been composed by Yo Yo Honey Singh especially for Bhai and Sajid.

Prior to starting her shoot, Nargis underwent rigorous sessions of rehearsals with choreographer Ahmed Khan and his team. Her dancing abilities and her dedcation earned her waah-waahs from the troupe and Ahmed, but also resulted in injuries due to the intensity and strenuousness of the rehearsals.

An insider shares, “Nargis is believed to have suffered a ruptured knee ligament and a torn hamstring during one of the rehearsals. The production team immediately called for a doctor on-site. She rested briefly, before continuing rehearsals. As it turns out, these kinds of injuries don’t heal quickly. To make sure her injury didn’t affect her dancing for the shoot, she visited her physiotherapist everyday post rehearsals and worked towards healing. Ahmed’s troupe was extremely glad to see her commitment to not just the craft but also to hard work.”