Abu Dhabi has become the Middle Eastern production hub of choice for filmmakers – in fact Abu Dhabi was the only Middle Eastern city to be listed in the top international filming locations in 2014 by P3 magazine.

Bollywood movies like Bang Bang and Baby, Hollywood movies Fast &Furious7 andStar Wars: The Force Awakens, TV series Bold and the Beautiful, BBC’s Top Gear and many more haveshot in Abu Dhabi. The Abu Dhabi Film Commission,which is part of twofour54, a Media Zone Authority Company is responsible for all the necessary processes for filmmakersto ensure their experience in the Emirate is of the highest international standard.

Abu Dhabi Film Commission is the central contact for production-related matters in the Emirate and provides the following services in conjunction with twofour54:

A generous 30% cash-back production rebate* on spend in Abu Dhabi – the only one of it’s kind in the region. 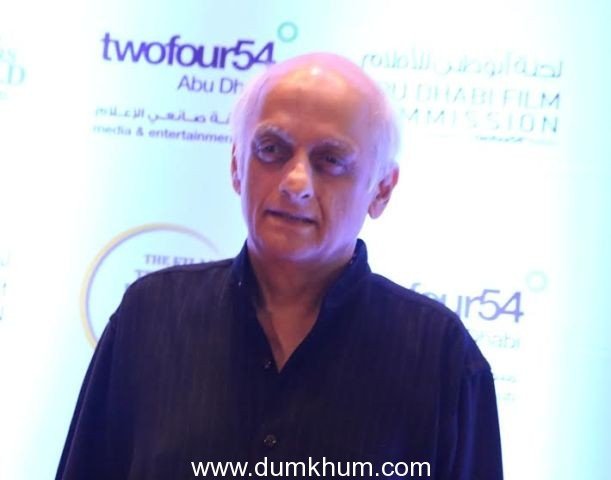 Paul Baker is the executive director of Film& TV services at twofour54, as well as overseeing Abu Dhabi Film commission. In his role, Paul is responsible for the operations and ongoing development of content production in Abu Dhabi. Paul Baker mentioned India to be the production hub with the best quality crew. Kulmeet Makkar In his current role as the Chief Executive Officer of the Film & Television Producers Guild of India ltd highlighted the beauty of location with the friendly people around and releasing a film incentive guide by any producer body with the Booklet as a ready reckon.

Mukesh Bhatt the President of the Film & Television Producers Guild of India ltd, spoke about his upcoming film ‘Hamari Adhuri Kahani’ which is set to release on 12th June, mentions about how filmmaker sees the location with heart. Abu Dhabi is geographically so close to Bollywood that the biggest production house in asia. Also is culturally well connected. They have so much to offer with variety of locations and other facilities. The team very proudly announced new Bollywood production ‘Dhishoom’ to shoot the film in Abu Dhabi, ‘Dishoom’ is directed by Rohit Dhawan, the film is produced by Nadiadwala Grandson Entertainment Pvt Ltd, a third generation film production company that traces its foundation to a family celebrating over 50 years in the film industry. It will be an Eros International Presentation.