After entering the film industry with albums with lyrics by Gulzar and making
his bow with HAASIL, music director Abhishek Ray followed them up with films  like PAAN SINGH TOMAR, I AM KALAM, YEH SAALI ZINDAGI & SAHIB BIWI AUR GANGSTER. Abhishek has come up with the first hard rock Bollywood track – PALCHIN FEAT sung by him and SHREYA GHOSHAL in live unplugged rock concert music and featuring Abhishek Ray.This kick ass video has been shot with on Abhishek Ray performing at an electrifying rock concert. This song is the lead item song from Shekhar S Jha s forthcoming film PREMMAYEE. It has already become a rage on the net and popular Tv channels. His last four super hits show his extreme versatility as a composer. 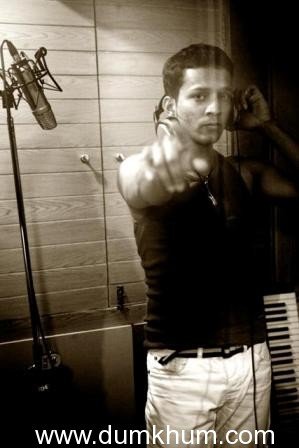 In PAAN SINGH TOMAR he had blended central Indian folk with grand
symphonies to weave magic in the brutally honest, raw epic. All songs of this
film were composed by him and did justice to the raw hinterland of dacoit
country. The song Chand Taare from I AM KALAM was a super hit which
captured the innocence and profound dreams of Chotu, the dhaba boy. It is one of the most beautiful children’s songs ever composed and was used as the main promotional song for pulling this unconventional film. Abhishek used haunting classical melodies and the velvety voice of Shreya Ghoshal to compose Raat Mujhe from SAHEB BIWI AUR GANGSTER. This song kick starts this dark film of furtive romance.Sung and composed by Abhishek, the funky title track of YEH SAALI ZINDAGI, captures the gritty and unpredictable mood of this Sudhir Mishra film. 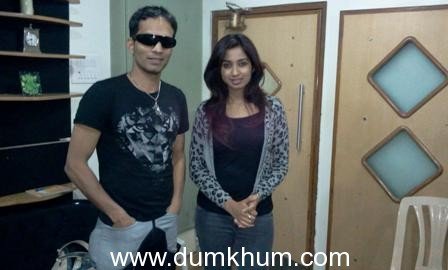 Abhishek Ray has done the entire music of PREMMAYEE and the film boasts
of six melodious songs featuring lines from the finest legends of Hindi
literature.The title song PREMMAYEE RAJANI which is playing on every channel is based on Mahadevi Verma s poetry. Apart from this the album boasts of a Saraswati Vandana written by Nirala done in form of a symphony. Abhishek praises the director / lyricist Shekhar S Jha for having the courage and faith to approve songs with pure melody and poetic appeal in times where double meaning songs rule the roost.Abhishek likes to bring back the classic touch in his melodies – songs that are timeless and linger in you for long.

ABHISHEK GETS ASHA BHOSLE TO CROON RAIN SYMPHONY SONG IN LIFE IS
GOOD.

ABHISHEK RAY brings back the CLASSIC MUSIC in today’s BOLLYWOOD marred by double meaning songs. PREMMAYEE is the latest offering from Abhishek Ray after the success of PAAN SINGH TOMAR, SAHEB BIWI AUR GANGSTER, I AM KALAM and YEH SAALI ZINDAGI. The film PREMMAYEE boasts of 6 songs all composed and arranged by Abhishek Ray and featuring the voices of Abhishek Ray, Shreya Ghoshal, Sunidhi Chauhan and Shaan. Besides PREMMAYEE, yet another classic film in which you will get to hear Abhishek’s music will be LIFE’S GOOD which boasts of some more classy melodies and a rain symphony with Asha Bhonsle. Abhishek composes, arranges and also quite often lends voice to songs. He has always been a complete composer and likes to undertake to do the entire music of his films including the background score. 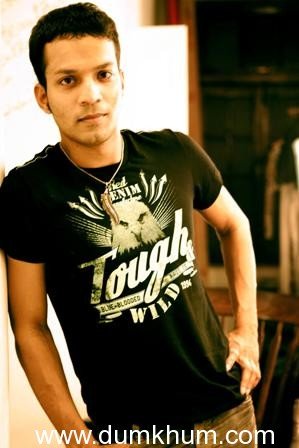 Whether it is raw Indian folk from PAAN SINGH TOMAR, delicate Indian
classical touches in SAHEB BIWI AUR GANGSTER or the latest hard rock from
PREMMAYEE, Abhishek believes that VARIATION and ORIGINALITY is the mark of a true composer.