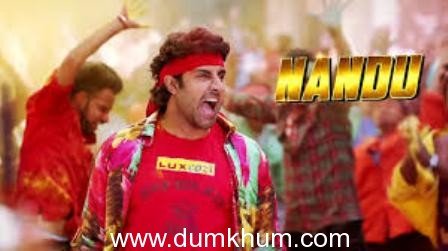 Abhishek Bachchan is on a roll , with the stupendous success of his last film Dhoom 3, followed by his championship win at the Pro-Kabaddi League , the actor now has another reason to celebrate as his recent blockbuster,  Happy New Year created a landmark in box office history.What’s more ,is that the actor has been touted as the one to watch out for ,in the masala entertainer, with the audiences and critics alike lauding him as the “show stealer”.

Essaying the role of Nandu Bhinde, a tapori who is involved in the heist that forms the crux of the film, Abhishek Bachchan had the audience in splits, with people taking to the social media platform to voice their praise.

Says Sarita Tanwar, DNA,”Abhishek Bachchan has all the highlights and the punch lines – he brings the house down every time he is on screen. Totally uninhibited and true to his character, Bachchan Junior is at his best.”

Says Komal Nahta,” Abhishek Bachchan is superb as Nandu Bhide and gives a glimpse of his excellent sense of timing in comic scenes. He is, in one word, delightful. He brings the house down with laughter.”

Says Shubha Shetty, Midday, “Abhishek manages to touch a chord with his other role as the uneducated, innocent boy .”The industry too took to a popular microblogging site as they spoke highly of Abhishek’s performance in the film.
Karan Johar ‏tweeted, “@juniorbachchan AB you were absolutely amazing in the film!!!! Nandu on a roll!!!!!”.
Punit Malhotra ‏tweeted, “Nandu Bhide is unreal. You’ll crack up everytime he’s on screen. Loved @juniorbachchan”.
Sanjay Gupta tweeted, “@juniorbachchan Loved your act buddy.”

“So they r all saying …rush to see HNY for Abhishek Bachchan & him alone. Toh shaq kisko tha ;)” tweeted Nikhil Dwivedi .
Reveals a trade source, ” Abhishek is at the peak of his career with the stupendous success of Bol Bachchan, Dhoom 3 and now HNY. Despite being part of an ensemble starcast he always manages to standout as he performs without inhibition, which speaks volumes for the security he has as an actor and his likability when it comes to the masala-movie watching audience.”