Abhishek had a gala time at the new Facebook office in Mumbai. He interacted with fans and explored the office premises. 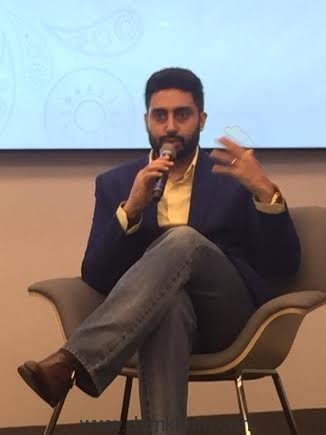 Facebook, the online social networking service with more than one billion users, have inaugurated their India corporate office in the commercial business district of Mumbai, in BKC (Bandra- Kurla Complex). The guest of honor for the event was none other than the very suave and social media savvy Abhishek Bachchan! 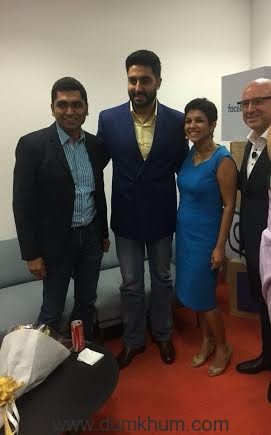 Watch Abhishek interact with fans in the live session here:

Not only did he participate in the live chat, Junior Bachchan also inaugurated a special room at the Facebook office called the Celebrity Room! He was also the first Bollywood celeb to sign on the celeb wall built in the Facebook Office premises for all celebs to pen down their best wishes. 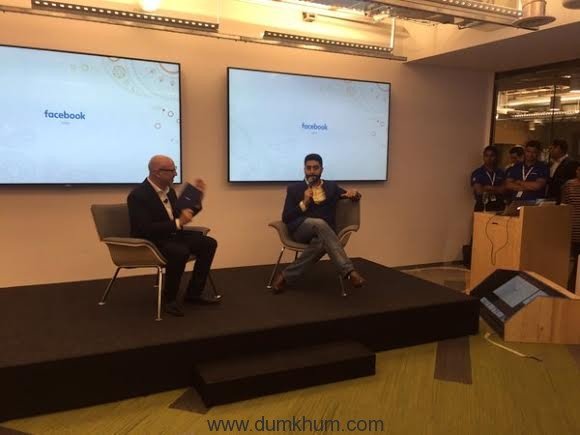 Overall it was a fruitful and fun visit to Facebook’s new office and Abhishek wrapped up the evening speaking about the entertainment industry, his love and involvement with sports, his upcoming film – Housefull 3 and more.