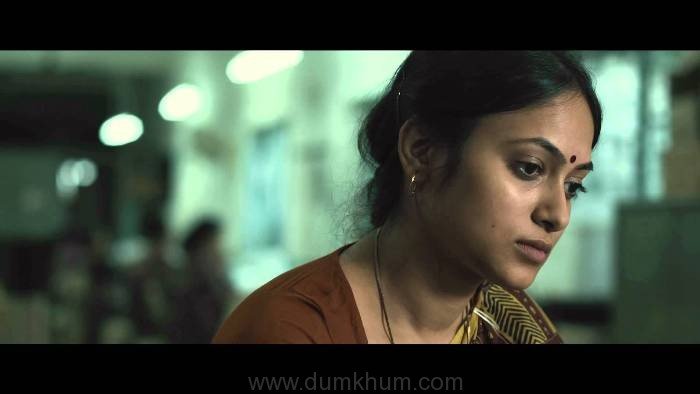 Speaking on the initiative, Deol comments, “I saw “Labor of Love” at IFFLA and was blown away with Aditya’s aesthetic sensibilities, and his ability to spin a story without any spoken dialogues! Payal’s Leeches is an important film that people need to watch. She has beautifully woven a compelling story around an issue that is anathema to our social fiber and well-being. My most recent select is “Kaagaz Ki Kashti”, which pays homage to Ghazal maestro Jagjit Singh and premiered at MAMI this year. Brahmanand is a savant behind the lens and succeeds in – powerfully bringing the legend back to life. I strongly believe in these films and want to ensure that audiences across the world watch them.”

Further discussing his strategy of exploring the release the films straight to digital platforms, Deol elaborated that, “The way we consume content has changed. While it is no secret that we have a limited number of screens in India, the economics to engage in a theatrical release don’t make sense for Independent films. Minimum P&A budgets required to secure a decent release add unhealthy weight on a small film. What we need now is to adopt alternate avenues of distribution that are widely available thanks to platforms like iTunes, Netflix and Amazon Prime, all of which are effectively reaching global audiences. I’ve been in touch with some filmmakers who increasingly understand this changing environment. Pulkit’s recent directorial debut “Maroon,” is a fine example of an indie release done right. Vivek Kajaria and his team strategically released the film day and date on iTunes Worldwide, straight from MAMI. The potential reach that a film can achieve adopting this route is significant and can no longer be ignored.”

Speaking about Abhay’s initiative, Aditya Vikram Sengupta said, “We’re very excited about this opportunity to collaborate with Abhay Deol and take the next step in this incredible journey of Labor Of Love. Abhay has been a champion for the film right from the beginning and will help in introducing the film to an even wider audience. I’m also happy about the fact that he is taking the initiative to further the movement of Indian independent cinema.”

Joining him, Payal added, “This is the start of a new movement for Indian indies, which need to look towards innovation, not just in filmmaking, but distribution as well. I applaud Abhay’s trail-blazing stance, which is a huge boost for films such as mine that have proven capable of winning accolades on the world-stage. This initiative gives our films a digital lease on life and empowers us to build audiences beyond a successful festival run.” Brahma whose documentary was the most recent talk of the town said, “I feel initiatives and eyes for films like these by ambassadors like Abhay is needed for the film to reach its rightful audience in the longer run …A film is a film and the key is to keep you hooked to the narrative and legends like these needs to be remembered and perpetuated for posterity.

Everyone from the maker to champions of them like Abhay as well as distributors and platforms like Netflix, iTunes, Amazon Prime etc need to come together to drive these initiatives to its rightful viewers.”

On the topic of monetization via release on digital platforms and online distribution masquerading as piracy, Deol says. “Piracy is not a matter of choice, but stems primarily due to the unavailability of content on legitimate digital platforms. If your film is made available in a timely manner, then I truly believe that audiences would prefer to pay and watch it on a platform legally. Moreover, monetization through digital distribution is increasingly resulting in a positive return on investment (ROI). Licensing platforms are offering fair payouts, potentially paving a way for audiences around the world to watch and appreciate South Asian Content.”

Abhay Deol will continue to curate films he loves and present them to audiences the world over by collaborating with Digital Platforms.

Film Bazaar is a platform exclusively created to encourage collaboration between the international and South Asian film fraternities. The market aims at facilitating the sales of world cinema in the region. The 2015 market saw an attendance of 1102 delegates from 38 countries with a country delegation from Canada. The 10th Edition of Film Bazaar is being held from 20-24 November 2016 at the Marriott Resort in Goa, India.